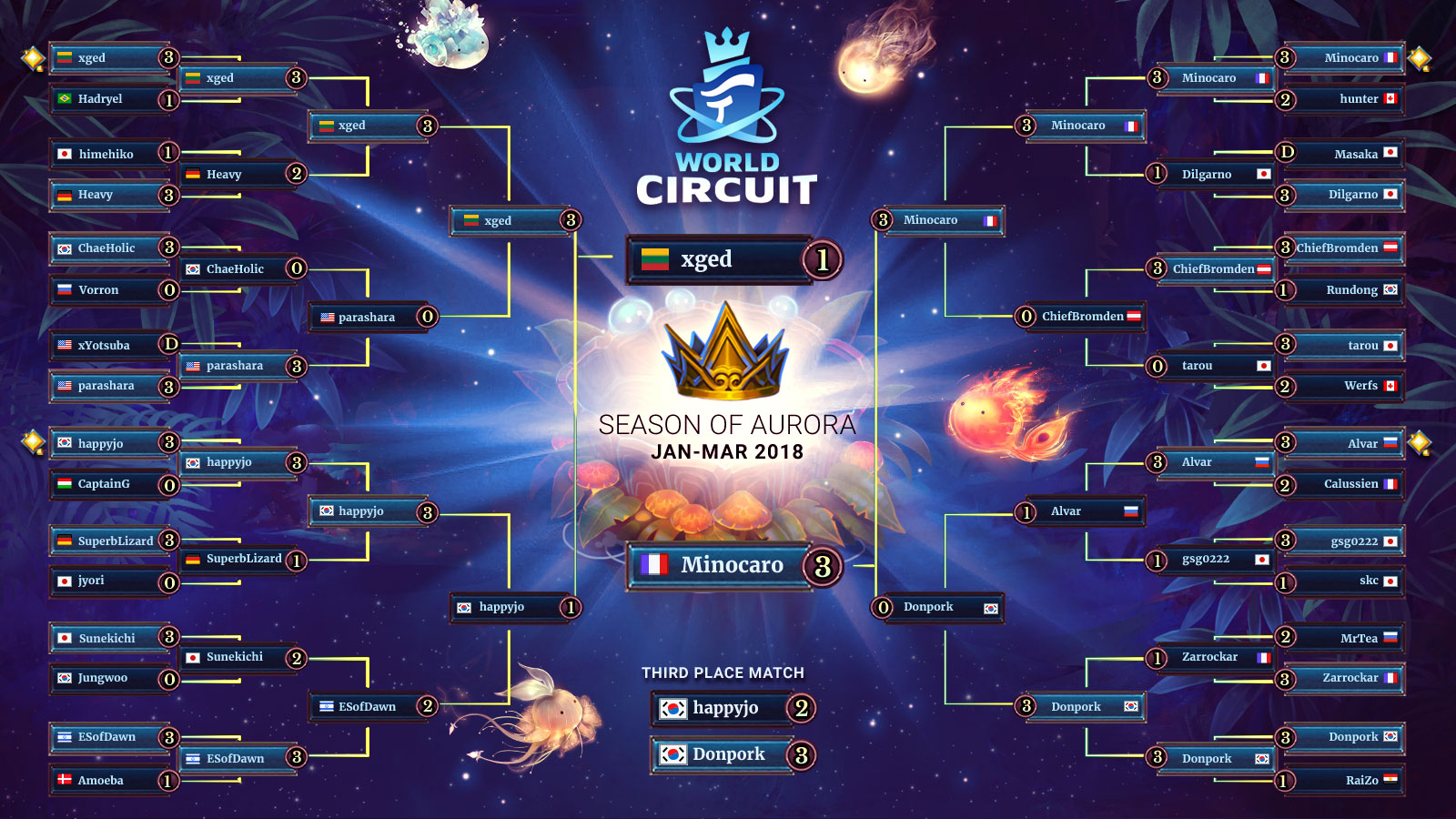 After Donpork piloted his Blue Red Gemshell deck against two Rush decks in succession, resulting in some very interesting games in the Third Place series, he ends up squaring off against happyjo’s Blue Reaver deck in one of the best games of the day.
-Watch the entire Red Blue deck series here

Here are all the decks used by the top four players!

Deck links will be updated throughout the week.