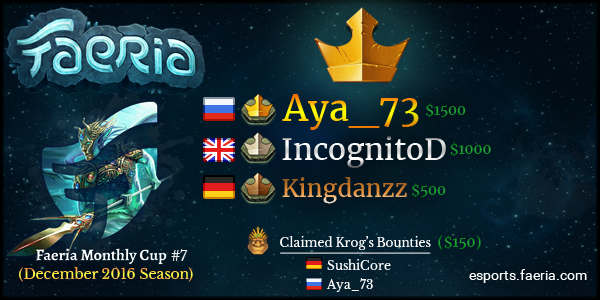 Aya_73 takes his first Monthly Cup championship, the second Russian to ever place in the top 4 after Matthew, way back in June 2016. 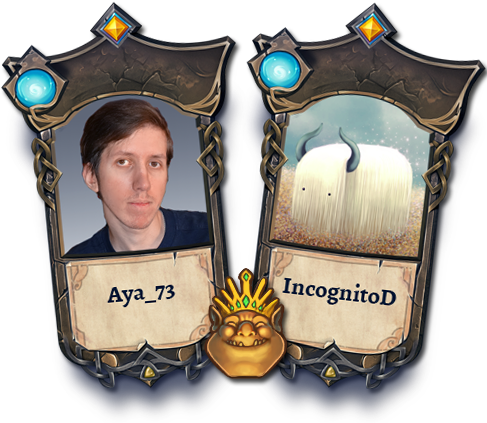 Krog has placed new bounties on Aya_73 and IncognitoD. 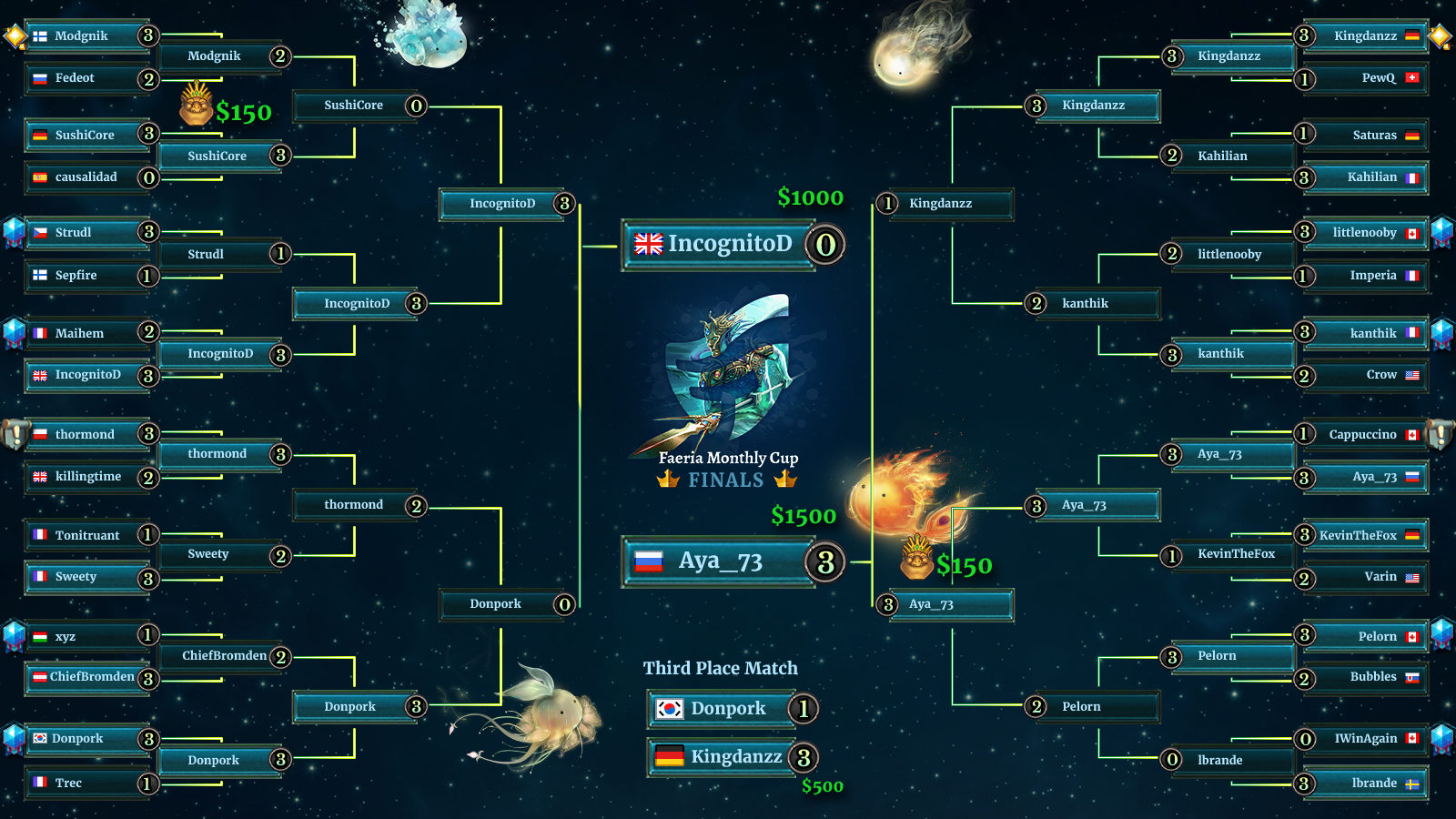 The Monthly Cup itself will take place after the next season reset on the first Monday of next month, placing it on Saturday, February 11th.