Today we release the Fall of Everlife expansion and a significant amount of new features and changes to the base game of Faeria. Faeria 2.0 is here.

The Fall of Everlife is now available on Steam! 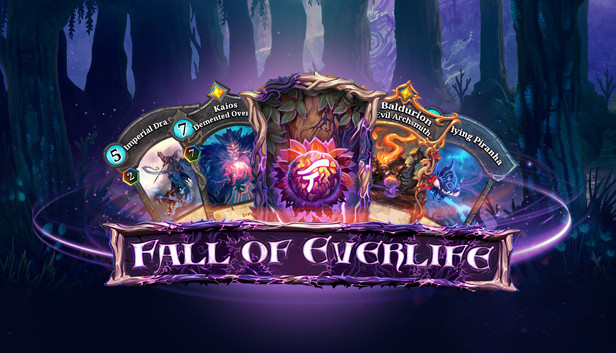 Purchasing this content immediately adds a unique Avatar, Orb, and Card Back to your collection.

Today’s patch contains such a large amount of changes, we are now in what we consider to be “Faeria 2.0.”

This patch applies many new features, bug fixes, and cosmetic content - all of which are available in what is now the “Classic” version of Faeria.

Lore pages are a brand new addition to the game. You will now be able to collect pages of lore for over 100 cards in Faeria, including all of the cards in Fall of Everlife. These pieces of lore will reveal more details about the universe of Faeria and its inhabitants, and give you a closer look at the art.

Lore pages become accessible starting at level 3 through a button on top of the collection screen, as seen above.

After clicking this button, you’ll be presented with the new lore page interface. 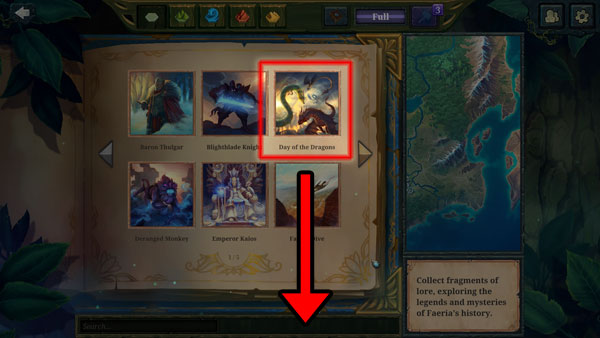 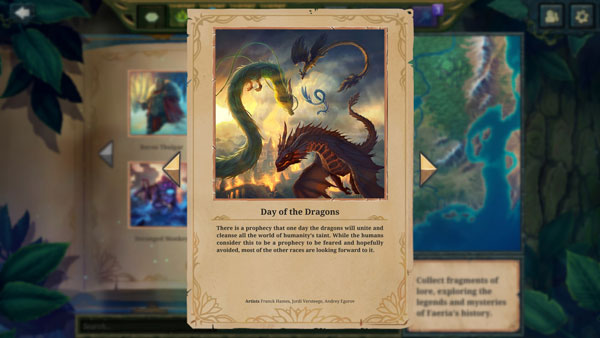 The Pandora drafting system has been tailored in an effort to make the drafting experience more diverse. We now apply custom weighting to select cards in order to provide more interesting choices for each player.

In general, our weights aim to increase archetype support and slightly push forward the cards in Fall of Everlife.

We will continue to monitor and tweak these weights as necessary. In the end, your Pandora decks should be much more fun to make. Let us know what you think! 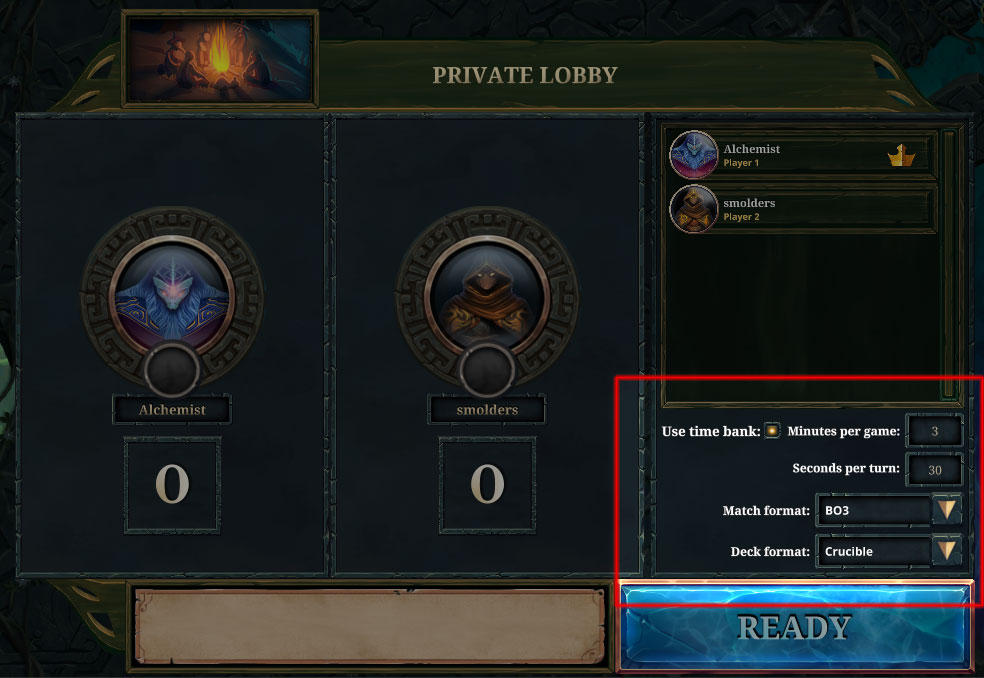 In any private lobby, you can now adjust the following:

We believe this will allow our players to experiment with their own favorite ways of playing with friends.

Crucible is a new match format which can be played in both private lobbies and tournaments. 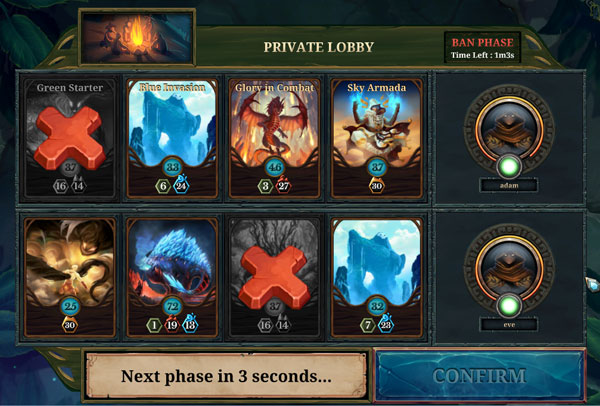 By popular demand, players can now choose which card is featured as the cover for their decks.

You will be able to right click any card in your deck and “Promote” it as your deck cover. 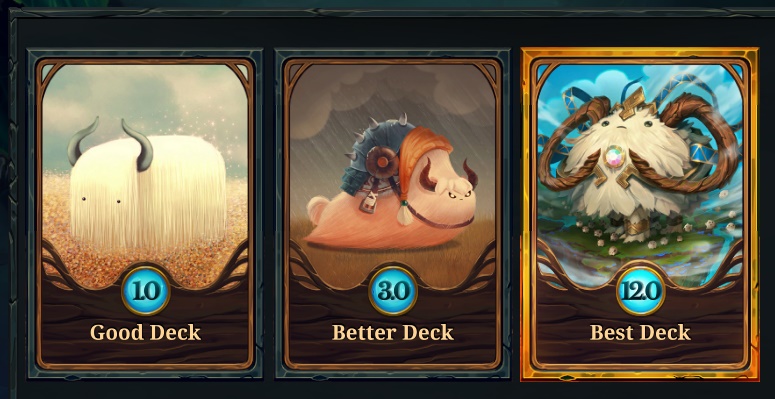 These deck covers will be displayed anywhere you are able to select your deck.

Extra deck slots can now be purchased in the in-game store!

You can purchase 5 additional deck slots for 1500 gems. These deck slots would be in addition to the 10 gained from the Faeria Premium edition (See below).

In-game currencies are being simplified in a way that provides for no more purchasing of Battle Chests. Simply put, we are removing the ability for players to spend lots of money to acquire more cards and have an advantage in this new model.

These changes affect a wide range of economical aspects in Faeria and are covered in detail here:

The above list of changes will also detail for you, if you are a current Faeria player, how your account will be automatically transitioned into the new system.

Over 70 new cosmetics, including Avatars, Orbs, card backs, and Faeria wells have been added to the game!

These cosmetics will be available in Mythic Chests and rotated through our brand new automated in-game store which now refreshes every 24 hours instead of weekly.

Many new animations for spells and effects in Fall of Everlife, including the new Corrupt keyword, have been added to the game. Also, check out the Salamanders!

With the help of many dedicated community members, we have implemented many fixes to our 11 existing supported languages. We’ve also added localisation for the new Fall of Everlife content and features. We will continue to fix and add complete translations as time goes on!

We’d like to give a huge “thank you” to our translation team. If you notice any in our official Discord, give them an emoji.

In addition to the new drafting weight system mentioned above, this update contains a few changes intended to improve the drafting options in Pandora decks.

Shedim Pest is one of the best enablers for Angry Red in Pandora due to it only needing one other creature on board to activate. However, it’s difficult to include Pest in Pandora decks due to the heavy commitment to Red that is required. This land change is meant to make Pest much more playable in Pandora, but is not expected to effect constructed play that much since most Angry decks are mono-red.

Master Swordsman has also been adjusted to help out with Angry Red in that it now counts as a higher attack creature while in hand.

Faeria Premium is a brand new optional DLC that doubles all experience earned - forever - plus more.

It is now available on Steam! 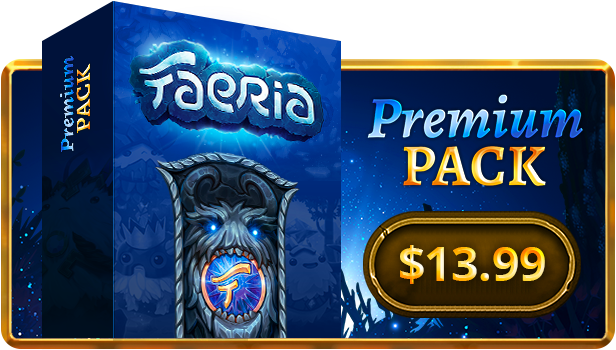 This is a one-time purchase and will be applied forever to your Faeria account.

In closing, we’d like to thank you for playing Faeria. Today’s update is the result of months of hard work from everyone on our team, and we hope you enjoy it.

As always, let us know what you think.

Anyone who had an uncompleted run before the patch that was longer than 6 games unfortunately will crash eternally when trying to turn in for rewards and will be unable to start a new run.

We will fix this tomorrow, sorry for the wait.

You currently cannot see cards you already own copies of in crafting.
To fix this, type anything in the search bar. Even a space.
This will be fixed tomorrow.

Oversky islands may be locked for players that have finished the first island before the update. It’ll come back soon!

Some players may not see the “Premium” version as owned in Steam if they were automatically upgraded. You can know if you have Premium by the golden Faeria logo on the main screen.

Ruunin’s Guidance and Emperor’s Command no longer pop up with a choice. It will behave appropriate based on the target you click.

There is a known issue currently involving crashing when opening Mythic Chests!
We’re working on it, but it may not be fixed until tomorrow.

Thanks for your reports!