Faeria Friday: Dancing in the Stars

We missed our mark for this week, but the upcoming balance changes will be deployed this Monday - we promise!

Saying ‘we promise’ is a very scary thing to say to players when developing a video game, but in this case we have 99.9999% certainty and are taking the gamble here. The .0001% involves a situation like a meteor landing on our servers, but no one plays that card anyway.

Abrakammers in their natural habitat 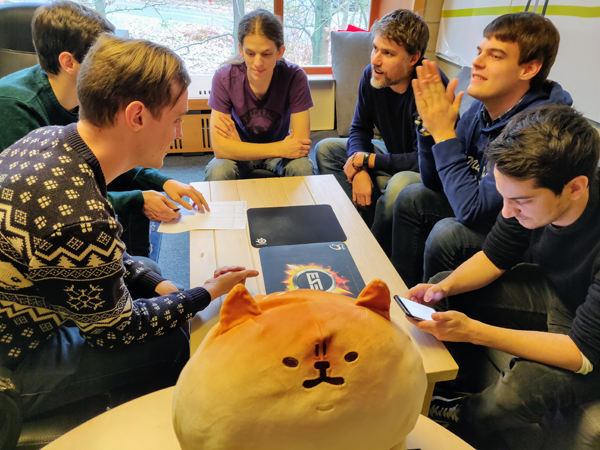 We realized we don’t share enough photos of the team at work, or at play. In this case, here’s a gathering at lunch time for a quick dice game. Immediately afterward, everyone was whipped back into their ‘development tanks’ where they were immersed in a nutrient bath and deprived of all senses but for the light of their computer monitors. Don’t worry though, the liquid in these tanks is drained and refilled yearly so as not to accumulate too much waste, and it’s almost 2019!

Starting from the left in the winter sweater: David (DaVeed), most of Antoine’s head (Smoldersan), Nicolas (Alchemist) in the middle, Jean-Michel (jiem), Pierre-Yves (Piwhy) clapping his hands, and regular Yves checking rules on his phone. 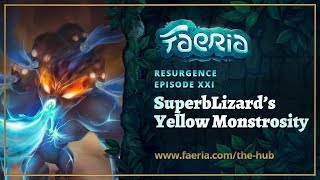 December Championship League takes place next Saturday! Get in there.

The Dilgarno’s Red Bargain link is wrongly pointing to the SuperbLizard’s Yellow Monstrosity video in the post and on the webpage.

The Dilgarno’s Red Bargain link is wrongly pointing to the SuperbLizard’s Yellow Monstrosity video in the post and on the webpage.

This should be fixed now, thank you!