One more island looms in the distance in the Oversky. What sort of strange creatures will we encounter next? 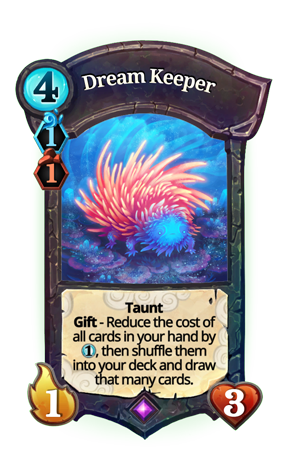 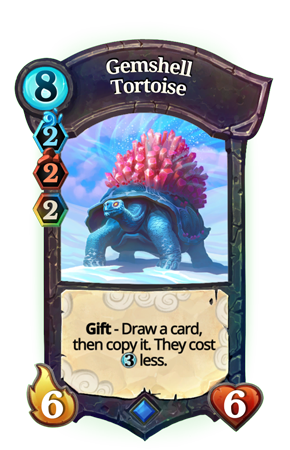 The reclusive Dream Keepers have the power to shuffle and discount your deck. Can you support this delicate creature and safely take advantage of such a greedy play?

The massive Gemshell Tortoise also harnesses the power of mountains and lakes, but is much more of an imposing figure. The radiant crystals on its back allow you to gain additional copies of cards from your deck at a reduced cost in faeria.

Dream Keeper and Gemshell Tortoise can be found within the final island of the Oversky: Gaea’s Navel, which is being released Tuesday, September 5th at 17:00 CEST.

We’re happy to announce the latest addition to our game design team: Christopher Lewis, also known in-game as HeliosAflame. Chris is one of the two new team additions originating from our recent game design contest. 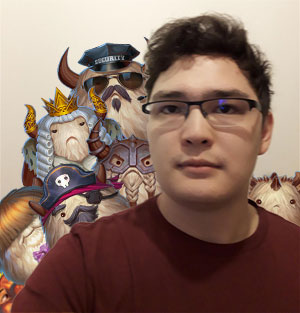 Chris has been an active and skilled player/tester in Faeria for some time, and we were even considering adding him from a previous application he made before the contest - then his answers to the contest impressed us even more. Though it will be his first official position within the industry, we’re confident he’ll make a brilliant game designer and are excited to see what he’ll help create with us.

I asked him what his favorite cards were and he replied Windborne Champion and Mirror Phantasm, depending on the deck he’s been using most recently. Being from the UK, he also spelled it “favourite.”

If you see him around in our Discord channel, make sure to congratulate him!

We released a set of bug fixes earlier this week that addressed some issues with Grappling Hook and an unsolvable puzzle.

Our Ranked and Pandora seasons reset on the first Monday of each month. This coming reset happens to be September 4th!

Don’t forget to vote for your favorite player to compete in next weekend’s $3300 Monthly Cup XIV!

Keep an eye out for Faeria streams during the qualifiers!

Deals of the Week

Yes, I own Verduran Force. What are you gonna do about it?!

We now have the past three weeks of Oversky cards on The Hub! Deck build away.