A quality teammate has recently joined Abrakam. Let’s meet him. Also, This Season’s cardbacks and Minocaro has written an excellent guide on Faeria archetypes.

Here are the cardbacks you can earn, and how to get them! 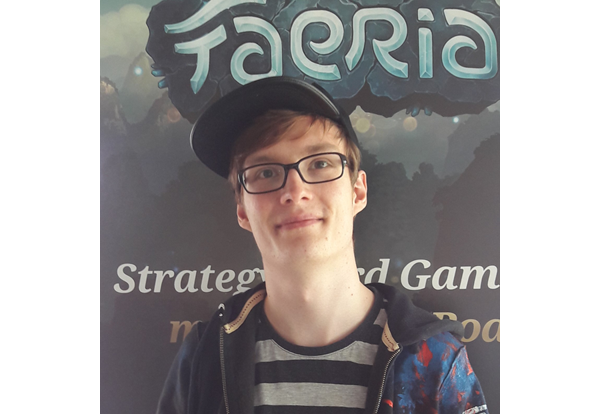 Today we happily welcome Marcel (also known as Manchy) as the newest member of team Abrakam! He’s been with the team in Belgium now for a few weeks. As our QA Analyst, he’ll be helping us with some much needed bug tracking, fixing, and other important tasks. I had the chance to ask him a few questions, and he was kind enough to respond.

Hi Marcel! Where are you from?

I’m from Germany.
I lived really far north before moving to Belgium so there is quite a difference in climate!

It’s been awesome!
On my first day of getting here we had 22°C which was a nice change from the grey weather up north.
I also visited Eupen which is where I would like to move as soon as I relocate permanently.
The best part has to be the people though.
The guys here at Abrakam were so welcoming. I felt at home right away.

What inspired you to work with Abrakam?

I always had a huge passion for card games and Abrakam really knows how to handle them.
If you look at Faeria you might see some flaws here and there but overall it’s an amazing game.
The creativity and design behind it really fascinates me which is why I wanted to become a part of this team.

What are some of your favorite games?

My favorite game of all time has to be the father of all card games, Magic the Gathering.
Without magic I would never have started playing card games in the first place so it had a huge role in shaping who I am today and what my biggest passion lies in.

Have you ever played card games competetively?

Tons. I played so many card games in my life that I can’t even count them all.
I had my start in online TCG’s with a game called Scrolls† which I was actually a streamer for back in 2012. From that point on I have played countless tournaments, reached global top ranks and even played in national finals. If there is a card game that has a competitive scene, I will have played it.

Do you have a favorite Faeria card?

Aurora’s Dream. I love doing broken things in the games I play, and I love trying my best to break them. In the games I played the most I always have been famous for playing whacky combo decks and trying my hardest (and not always succeeding) to play off meta combo decks.
Aurora’s Dream falls right into that categorie. It was also the verry first Faeria card I saw before ever playing the game. (And it really made me wanna play it!)

Do you have any hobbies other than gaming?

I love cooking. I got started when I was 16 and watching people being shouted at by Gordon Ramsay, and since then I have had a huge passion for making tasty food. At least now I’m confident it’s pretty good. Not so much in the beginning…

What is the last toy you bought for yourself?

The last toy I bought was a board game called “Sentinels of the Multiverse”.
It’s a fun PvE co-op card game which combines some of my favorite aspects in terms of game design. Super heroes, satire, and well of course cards.

PS: I have pet Axolotls they are great. Go read up on Axolotls. Everyone. Period.

There you have it, everyone. Mystic Beast confirmed best card. Thank you Marcel!

Many players in Faeria feel uncertain about what deck archetypes exist in Faeria. The truth is there are a wide variety of playstyles and decks in all four colors that you may not be aware of.

Minocaro, the recent Seasonal Cup champion, has put together an excellent guide featuring just about every archetype he can think of.

It serves as a very useful reference, and can perhaps spark some ideas of your own. What’s your favorite archetype? 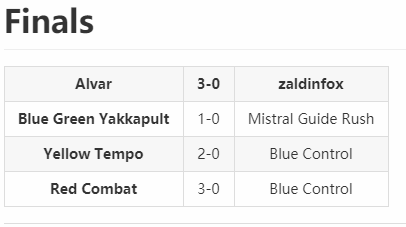 Here’s what you may have missed:

We know a lot of our community is asking for more exact details on our B2P transition and content plan this summer. Rest assured, we are working at getting this info out with as much notice as possible. Thanks for your patience!