We’re updating the DLC progression system next week! Also, get in on the latest Card Creation Contest and stop by for some coaching. Khalim Open #1 tomorrow!

Next Wednesday we will be applying another update to Faeria.

Some of the changes included directly reflect the feedback we’ve heard since the launch of Fall of Everlife - and we thank you for sharing that with us.

After Wednesday’s update, we will award 5 Battle Chests to anyone who purchases Fall of Everlife. These 5 chests will contain only cards from the DLC until you have 20 of the new cards, and will be awarded retroactively to those players who have already purchased the DLC. If you already own all cards in Fall of Everlife, these chests will act as normal Battle Chests, or Shards if you have a complete collection.

Another set of these 5 Chests will be given upon the release of the second part of Fall of Everlife to anyone who owns the DLC.

The goal of these changes is to provide an initial boost for new content right away so you can immediately begin making a deck with some of the new content, and work toward the rest quickly.

We will also be awarding a bonus 5000 gems to anyone who has mistakenly purchased the Premium DLC from Steam after being automatically upgraded by our internal system during the account transition. Unfortunately, there’s no way for us to ‘flag’ your account on Steam as having owned this, and it will allow you to purchase it. Please know that you cannot ‘double up’ on a Premium account. These 5000 gems will continue to be awarded to any players in the future who do this in the future.

Next week’s update will also contain several other quality of life improvements!

Tomorrow, the first Championship League tournament in the Season of Khalim begins!

It’s the first time we’ll be running an official open tournament in the Crucible format.

Not a competitive player? No sweat.

Keep an eye out for any Twitch stream broadcasting the tournament for a chance to win in-game prizes by linking your Twitch account to Faeria.

You can win one of each prize. 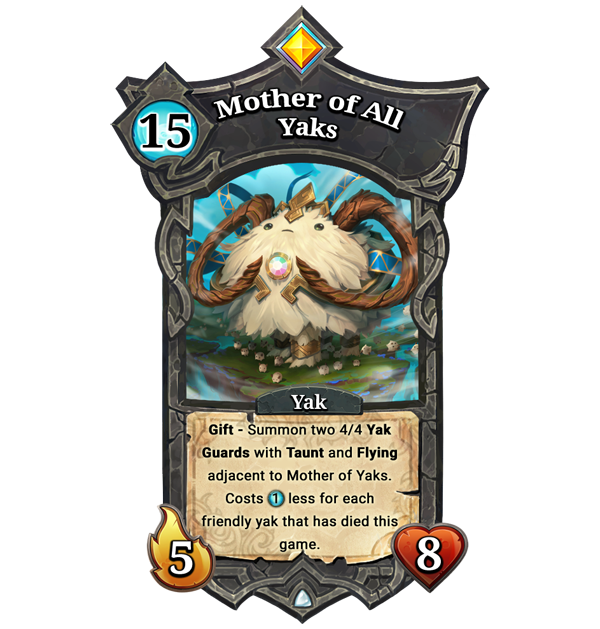 You may have seen this card spoiled on our Steam page already - but here she is in all of her glory. You may also have noticed one other sneaky Legendary hiding there…

The Mother of All Yaks will make her way to Faeria in the second part of Fall of Everlife, coming August 21st.

Looking for some one-on-one help at improving your Faeria game?

Look no further than our Official Discord.

Nestled next to the #game-pit, head here for advice from some of the best players in Faeria! Players like RaiZo, ESofDawn, Teddy, Onnig90 ,Ranma, and Minocaro are looking to give you a helping hand and a firmer grasp on how to play your best.

It’s been awhile, but another community Card Creation Contest has begun!

This time, you’re being asked to create a card based off of one of the custom avatars in-game. The top three winners receive Mythic Chests in-game! 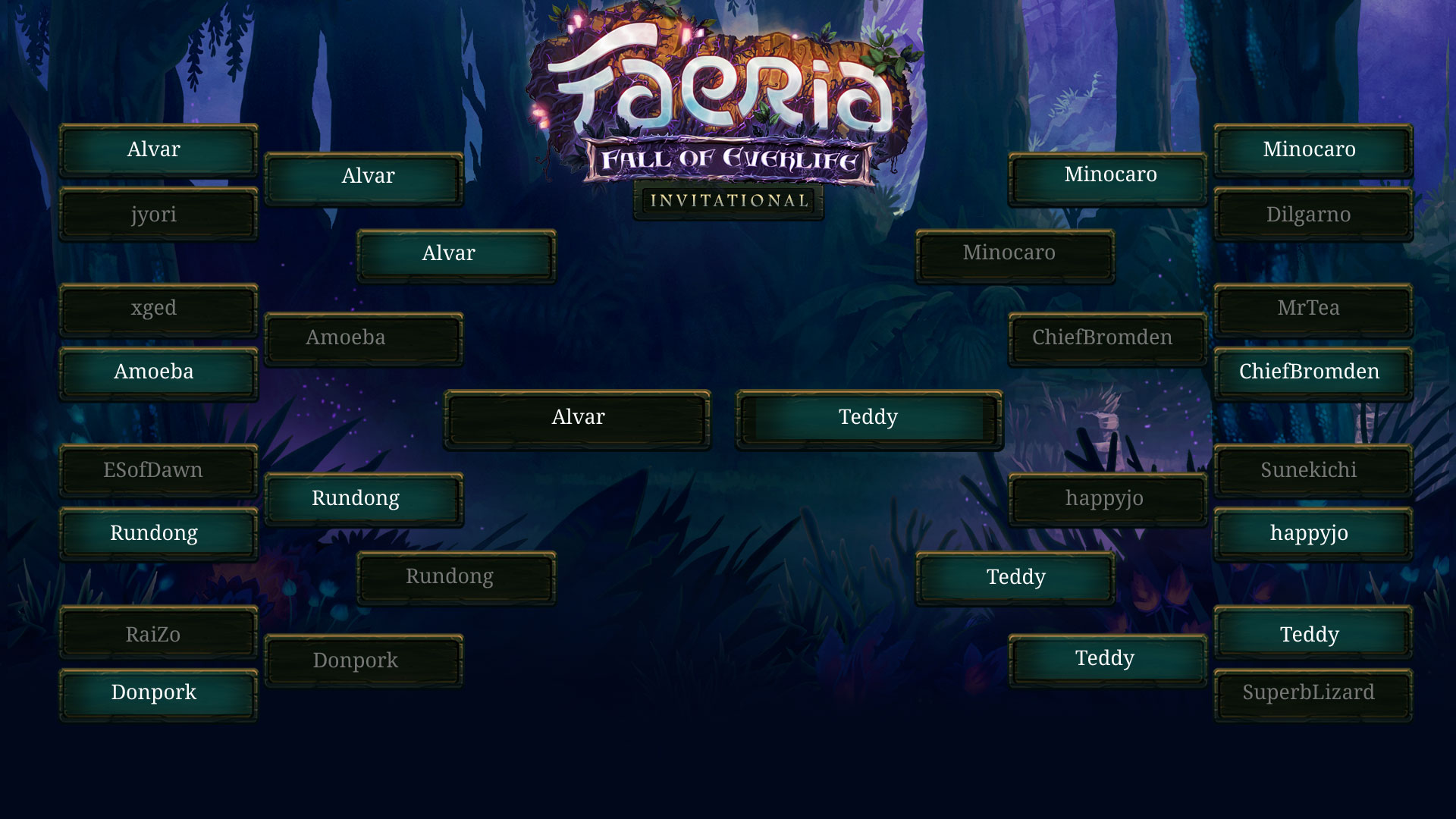 Congratulations to Teddy for winning his own custom yak avatar!