Monthly Cup XIII is tomorrow, and we’ll be revealing Oversky cards! Watch and win prizes from your favorite armchair.

During the Monthly Cup stream this Saturday, we’ll be revealing six new cards that are coming with the islands of the Oversky!

In addition to the reveals, we’ll be airing the first ever Oversky showmatch before the Grand Finals of the cup, featuring cards from the Oversky! Make sure to tune in - see more about the Monthly Cup and how to win prizes below.

As mentioned a few times before, we are continually testing and balancing Oversky content up until the time it is released, and sometimes it may result in larger design changes. Even though the content isn’t released, we like to keep you updated on what we’re doing with it.

We have made a distinct change to the Swallow mechanic, which will be available starting Tuesday of next week. The change to the keywording is as follows:

Not only does this increase the load of tracking complexity for the player (a game design term we use that roughly describes the amount of things a player needs to remember), it would also force us to create a UI that would become cluttered very quickly with all of this information. Swallowception also incentivizes deck-building styles that stack many cards that Swallow, an issue that will only become amplified in the future as we add more cards that swallow, therefore limiting our Swallow design space.

This is the reason we’re no longer allowing things to swallow creatures that already have something in their belly. 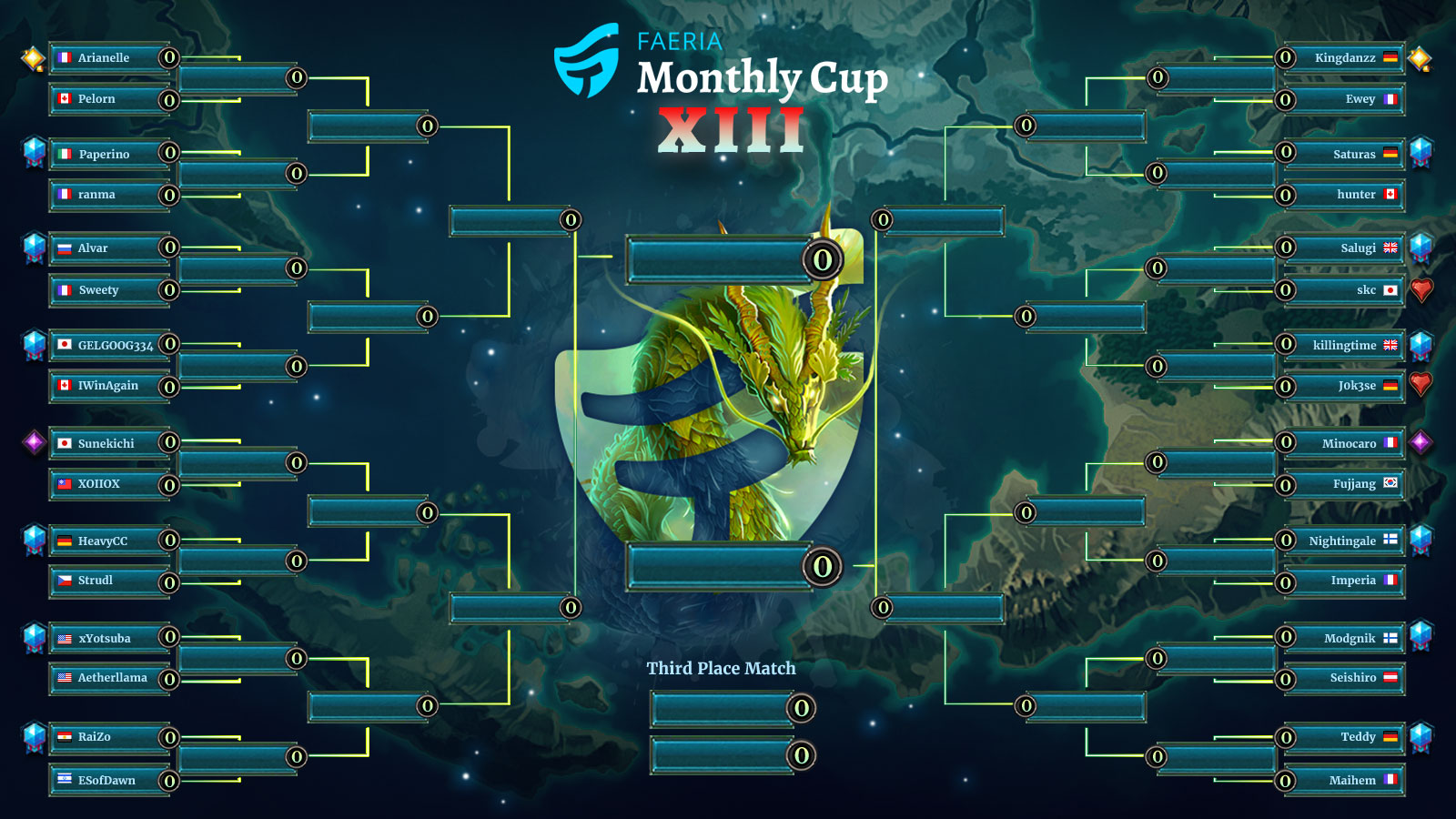 The Monthly Cup is a single elimination monthly competition where 32 of the best Faeria players from all over the world compete for $3300 in prizes. Each match consists of a Best of 5 series of games in Pantheon format.

Watch, cheer, and win. You can earn prizes just by watching the stream.

##How to win prizes

The most important thing you need to know in order to win prizes while watching the Monthly Cup stream is to link your Faeria account directly to Twitch by using The Hub. We’ve made it as easy as possible for you.

Please note, if you have ever changed your Twitch display name after linking your accounts, you MUST unlink your accounts then RELINK them, or you will receive no prizes. Changing your Twitch username breaks the linking process.

The prize structure is as follows:
(Remember, each is a CHANCE to win) 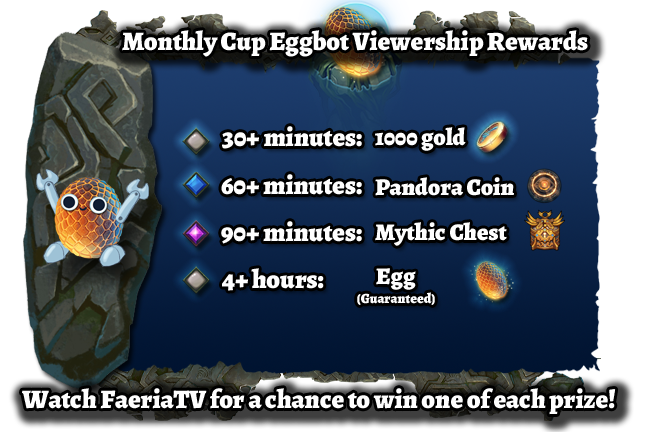 You are able to view your Egg Timer at any moment by looking at your profile on The Hub.

We’re aware of a problem where Eggbot may sometimes miss minutes watched by players on stream. In compensation for this, we are slightly reducing the actual required minutes to win these prizes, and extending the entire length of the stream by 1 extra hour. Therefore, you may receive some prizes before reaching these threshholds.

As with every other Monthly Cup, Eggs will be hatching the entire weekend.

There are 8 total hatchlings you can potentially get. After that, your Eggs won’t hatch. It’s possible to hatch more than one Egg in the same weekend. If you’re logged into Faeria during the hatching period, your Eggs are even more likely to hatch.

###Deals of the Week

Good luck to everyone except for my opponents! <3