Faeria Friday: Of Gods and Giants

There’s something we didn’t mention about this year’s Seasonal Cardbacks:

They will tell the story of the world of Faeria’s genesis.

January’s cardback, in case you missed it, introduced the concept of Orobouros and the Gods.

In case you missed it, it looked like this:

We will continue to tell this story throughout the year, in cardback form.

Next month, we visit the war of the Giants and Dragons…

Make sure to play on the Ranked ladder or Pandora to earn them!

This week, Hunter has another interesting puzzle for everyone.

It asks a very simple question:

Why did the Savannah Explorer Die?

Was it Krog in the Forbidden Library with the Hammer of Destruction?

That’s for you to figure out.

Note: Everything that happens within the masked area is justified. There are other things happening on the board that lead to these results.

If you think you know the answer, join our official Discord and message hunter#1435, or discuss it with everyone. Maybe you’ll be the first to figure it out.

As we may have briefly mentioned before, at this time we plan on attending both GDC in San Fransisco and PAX East in Boston next month.

For PAX East, there’s a possibility we will be hosting an online Blitz tournament during this time to put on display. Live or pre-recorded, we’re not sure yet. Keep an eye out for more info here.

Congratulations to the top finishers of last weekend’s Aurora Open #3!

The next Championship League tournament takes place next Saturday. 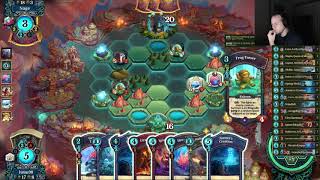 Luuu returns to remind us how to play as greedy as possible. 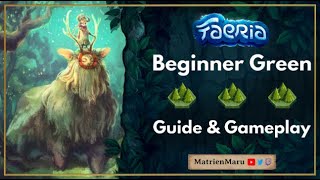 Matrien walks you through the first steps you can take when using a Green Deck. This video was posted a month or so ago, but it’s now on our main channel thanks to Matrien. It’s great for beginners!