It’s the end of the year already, and therefore the Season of Seifer. How did that happen so fast?

Anyway, we’re finally doing it. Starting this season (and into next year), season resets will now count for the season they were mostly a part of.

For example, if the Season of Seifer ends in December, but the season reset is in early January, that reset will still count toward points for Seifer.

This season will be unique in that it will track points from FOUR season resets, as this coming Monday will not fall under the new rules - it counts toward the Season of Seifer. 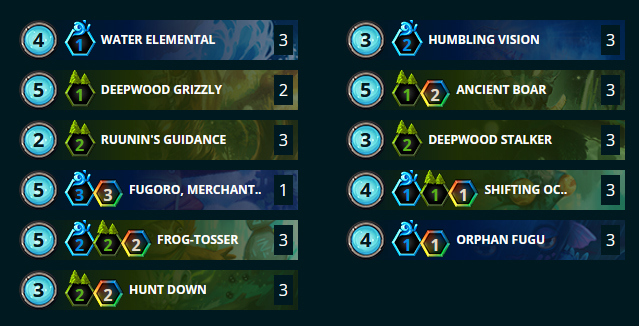 Green and blue beast decks.
Spiders and boars all around.
Hunt Down is OP.

Moonfassa continues his series of strategy guides with this week’s GB Beast list.