September is coming, and with it will come new content. We also ask that you fill out our survey. Don’t forget, Season Reset next week!

When we announced we’d be committing to monthly content for Faeria, we were serious.

Our next expansion is already on the way, and will once again contain 40 brand new cards for Faeria. This expansion will follow the Fall of Everlife model and release 20 cards each month, starting in September.

The first 20 cards are now scheduled for release on Wednesday, September 19th.

Make sure to continue following our news to find out more!

We will be celebrating the release of this new content with a special tournament the following Saturday, September 22nd, where all turns will have half of the normal time limit.

Continue following our news for more details on this, or follow us on FaeriaTV to see when these special events go live.

With Fall of Everlife still warm off the presses, we’d like to humbly ask you to take the time in filling out a special survey we have prepared.

It’s been some time since we’ve done our last survey, and it’s important to us to keep in touch with our players and know where their minds are at. This survey should take less than 10 minutes to fill out.

We appreciate your time!

Note: To ensure we receive unique answers, you’ll need to sign-in with your email account to complete the survey 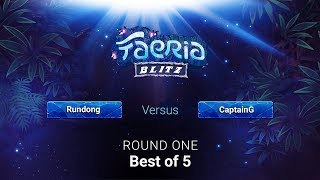 Congratulations to Sunekichi for winning the grand prize - his own custom Yak avatar. Impressively, Sunekichi was able to pilot some of the most difficult decks in Faeria in under 20 seconds per turn and make it look easy.

You can find the decks he used here:

The first Monday of the month is around the corner - and you know what that means.

A short story from dekoNut, “An Unlikely Hero” tells the tale of Ella and her reliable, furry companion Henry.

The team at Abrakam loves reading community creations like this. If you’d like your creation to be featured in a Faeria Friday, don’t hesitate to message us on Discord!

Championship League tournaments for September are now open for registration.

September will be the last month in the Season of Khalim!

The first of the season in the community tournament series Hex Templar takes place tomorrow. 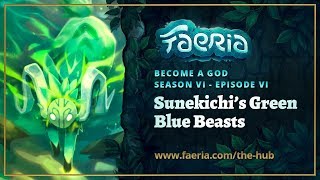