Today we share the next chapter in the story for the upcoming content, and breakdown just about everything you need to know about the new economy. Plus, community guides and more!

##A feast fit for an Emperor - Chapter II 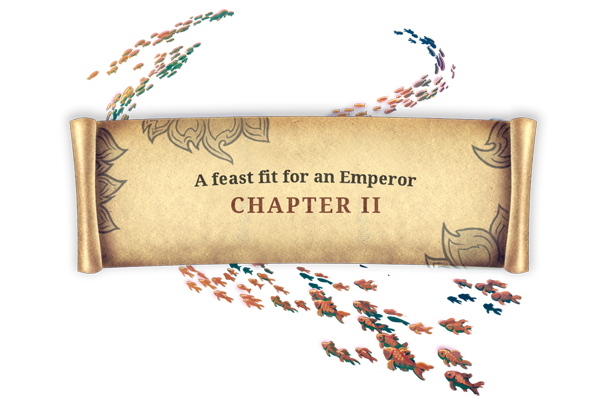 The saga of the Emperor’s journey to the Tree of Everlife continues in the second chapter of three.

As announced previously, Faeria will be transitioning into a Buy-to-Play model this summer, in tandem with monthly releases of new content.

A common question we’re asked is:

“How will my inventory be transitioned into the new model? Will I lose progress that I have gained over time?”

The short answer is: “No.” We are very mindful to preserve the sense of progress each player has earned as much as possible. Today we’d like to elaborate on that and give you a more clear idea of what will happen to your account, and why.

Firstly, we’d like to coalesce all that we’ve announced up until this point about what is coming this summer in one comprehensive list. This way, you shouldn’t need to hunt down every piece of information we’ve discussed, including card reveals and incoming features.

This post will be updated as we continue to release more information and answer more questions.

Simply put, we want to remove the ability for players to spend lots of money to acquire more cards and have an advantage in the new model. At the same time, we want to preserve some sense of ‘progress’ in playing each game of Faeria and allow every piece of new content we introduce to be somewhat of a journey. This progression is designed to be much faster than what you’re already used to. We expect anyone to be able to much more easily expand their collection when playing the game, new players and veterans both.

In-game currencies are being simplified in a way that provides for no more purchasing of Battle Chests.

Goki will continue to exist, but provide Shards instead of gold.

It’s very important that we translate player inventories as fairly as possible into the new model. In summary, here is what will happen to your account:

To make this as clear as possible, we’ve created a calculator you can use to see the results of these changes.

Note that using this calculator is unnecessary, and we only have made it available in case you are extra curious. To use it, you can make a copy of the Google Spreadsheet and enter your own numbers in the appropriate area. Follow the instructions within.

This calculator will convert the following for you:

We have not yet finalized the prices for monthly content, the base version of Faeria, and the Deluxe account upgrade. We will be sharing this information as we get closer to release.

Questions you may have

“Is there no need for Battle Chests once you have the complete core set?”

Battle Chests will still be used for expansions. Our intention with this model is to prevent players from banking up huge amounts of chests before an expansion and instantly getting everything - stripping away the collection building aspect of the game, something we feel is very important. Broadly speaking, we want people to take a few days filling out each new set.

“Will the number of Mythic Cards you own count toward your “normal” cards owned when determining if you have a full collection?”

No. Your Mythic collection progress is completely independent, and it’s possible to eventually gain a full collection of both.

“Will I need to log in every 12 hours to craft something?”

No, you will be able to store up to three “charges” of crafting at a time, which accumulate every 12 hours.

“The only way I can get a Legendary card is when it appears in a Battle Chest?”

Yes. Battle Chests will have no duplicates, and will maintain “at least 1 Rare or better” per Chest. This means if you collect all the Rares, they will now contain “at least one Epic or better.” And if you have all Rares and Epics, “at least one Legendary.” However, at that point you might even have all Commons, which means your Chests would all contain cards of higher rarity. We’d really like to emphasize that increasing your collection size should become insanely faster than before.

“Will tournament players be able to use all cards no matter their collection?”

No, you’ll need to use your own cards to register decks for any tournament. However, we will make efforts to not release a bunch of new cards so soon before a major tournament takes place, so we do not predict it will be a big issue.

“Why even have two types of Pandora runs?”

Mythic Pandora runs are designed for those who have achieved a full collection. At that point, which many players will reach, you’ll have no reason to obtain Battle Chests and will only receive Shards from all rewards. You can then wager those Shards in a Mythic Pandora run to win cosmetic rewards, or spend the Shards normally on Mythic Chests or individual cosmetics directly.

“What happens to my Gems?”

“What happens to my Mythic cards and Mythic Chests?”

You keep all of the ones you currently have.

“What happens to my Battle Chests?”

You keep all of those, too! However, if after the transition we calculate that you have more Battle Chests than required to complete your collection, each excess Battle Chest will be automatically converted into 600 Shards.

Mythic Chests remain just as they are now - with the chance for Mythic Cards or special cosmetics. They will follow the same no duplicate rule that Battle Chests do, and have Oversky cards added to them. We also plan on adding many new interesting cosmetics to the game with B2P release.

For example, here’s something you may be interested in: 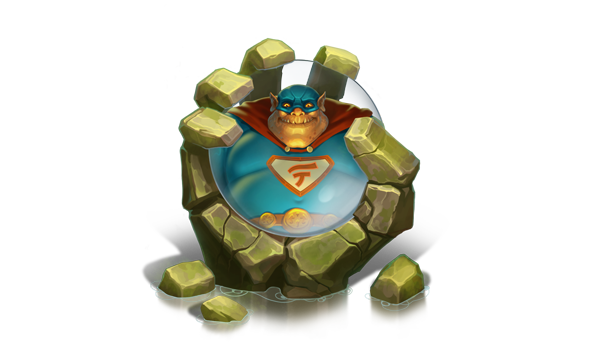 Thank you for reading. We are very excited for this summer, and we appreciate your continued feedback! More questions may be added to the list above as questions roll in. 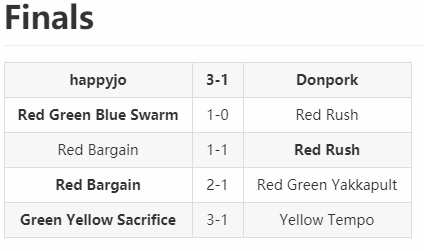 A recap of the Hex Templar III tournament, which took place on Saturday, May 5th. Special thanks to Werfs for organization! 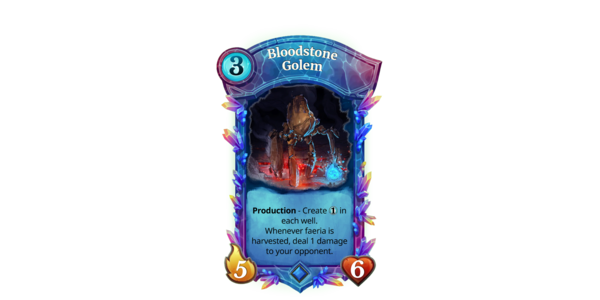 Ever get confused about the particulars of this particular Pandora Treasure? Hunter has it covered for you in this excellent guide. Everything you ever wanted to know about Bloodstone Golem, and more.

It’s no secret that Minocaro is one of the best players in Faeria right now. Here he has taken the time to breakdown an in-depth analysis of his recent ladder experience in the God ranks. If you like charts, this is for you.

As a new player with a very limited collection, does this mean that I should stack my battle chests until this summer ? Since it seems I would open a lot more cards with the new system.

As a new player with a very limited collection, does this mean that I should stack my battle chests until this summer ? Since it seems I would open a lot more cards with the new system.

Not necessarily - they promise to convert surplus Currencies, not chests… So there is a possibility they would even destroy the old chests you stockpiled, as they will need to replace them with ones using the new system!

So you could look at budget decks on the Hub and craft those. Then use them in Ranked battle to earn more gold and rewards at the end of the month. Casual gives same gold and xp as Ranked, but with no monthly rewards. If you are good at constructing decks, Multiplayer Pandora is also a good way to earn gold, but you need 7 wins per run for a profit. Steer clear of Singleplayer Pandora - easy and fun, but you spend 2,000 gold and earn a maximum of 400.

Any chests you have will still exist afterwards. They won’t be destroyed.

So if my math is correct, Memoria will be converted to chest 65 to 1. You get 4 cards and cannot get duplicates.

Therefore, the best way to prepare for this new patch is to sell every heroic and legendary card you have (you will get 20 and 80 per sell and get them back at the rate of 16.25), and craft all commons that you missed so you can only get rare/heroic/legendary from chest?

Therefore, the best way to prepare for this new patch is to sell every heroic and legendary card you have (you will get 20 and 80 per sell and get them back at the rate of 16.25), and craft all commons that you missed so you can only get rare/heroic/legendary from chest?

Basically, yes. don’t forget that Mythic (gold) cards disenchant for full value (from 5 memoria for Common to 400 for Legendary). So you might even manage to craft all the Rares as well, if you have a lot of those.

So if i am level 480 and there is some card i dusted cause i won’t play them, i will not hav an entire set. when you need 172 chest to have entire set, gain 1 chest per level and per day. and i will not get it if i am 480 ? so i will not play my deck till i farm them another time ? what the heck ? why a legendary card isn"t more valuable than a common ? well i just dusted all and crafter as many card as i could but i do not appreciate this.

So if i am level 480 and there is some card i dusted cause i won’t play them, i will not hav an entire set. when you need 172 chest to have entire set, gain 1 chest per level and per day. and i will not get it if i am 480 ? so i will not play my deck till i farm them another time ? what the heck ? why a legendary card isn"t more valuable than a common ? well i just dusted all and crafter as many card as i could but i do not appreciate this.

They said chests would not contain duplicates. The system will detect which cards you have and will only offer you the ones you don’t have yet. 172 chests are just a Total needed for the Entire collection. If you already have some cards, you will need a lot fewer!

Also, imagine a situation where you find a great deck on the Hub and all you need to craft it are a couple Epics. With the new system you wouldn’t need to wait until you have 160 memoria - just 2 crafting charges.

Only common is worth crafting.