It’s time to dash. Through tunnels.

The way we process feedback for Faeria is actually very simple.

Every line of criticism or suggestion we ever receive is entered into our own custom-made algorithm: The Kontinuous Reaction Observance Generator.

This algorithm is encased in a large machine deep beneath the crust of the earth. It separates the metaphorical wheat from the chaff and leaves us with a super-condensed orb of Pure Player Passion. After processing this orb through a series of centrifuges and chemical baths, this highly reactive ball can only be approached remotely by piloting a one-time-use drone that is entombed forever within the processing chamber after its task is complete.

Our latest round of feedback processing is now finished, and it returned only one word:

Yes, these results surprised us as well. At the same time, we’re not one to keep the people from what they truly want. Also, the algorithm becomes aggressive when questioned.

Therefore, at your behest, we have had no choice but to create ultimate tunnel experience for your mobile devices. 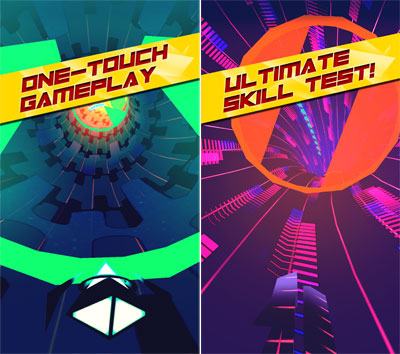 Have you ever wondered what it would be like to fly through an endless series of tunnels and collect things along the way? Wonder no longer.

These tunnels definitely exist, and the only agency you have is to dash directly through them.

Oh, you want to move slowly through them? Wrong game. This game features dashing only. The game you are looking for would be called “Tunnel Stroll” or perhaps “Leisurely Tunnel Jaunt.” This is Tunnel Dash, and we’re very faithful to the two pillars of its design: Tunnels and Dashing. 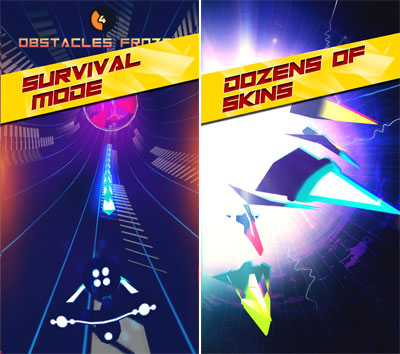 You play as Doctor Tunhelle, the leading researcher at Dash Laboratories. After a terrible accident involving a shipment of ancient mummies, you become encased within a spaceship that is forever cursed to move forward at all times.

Why were they keeping cursed mummies at the laboratory? It doesn’t matter anymore. You’ll never see those mummies again. You’ll see only tunnels now because it just so happens that the accident threw you into an endless series of inter-dimensional tunnels from which you can never escape.

Luckily, fragments of some of these mummies have been dispersed throughout the floor of these tunnels. Should you collect enough mummy fragments, nothing will happen. You’ll still be inside of the tunnels. You can buy new ships though, as mummy fragments just so happen to be the accepted currency in all tunnels.

Suspiciously, these mummy fragments look very much like gems. Ignore this. This is a graphical glitch and will be fixed in the future. You are collecting mummy fragments and it’s great.

Tunnel Dash is a very small side project a few members of the team worked on for a couple months. We know it’s kind of strange and not what you’d expect from us, but we invite you give it a try anyway.

“This is the project you said you were working on earlier this year?!”

This is something very different and very new. You’re completely welcome to ignore it, but that would be mean.

It’s our first official entirely mobile game, and we had a good time making it. We also learned a lot from doing it. If you like to spend your time on the bus ride flicking your finger across your phone screen, this might be right down your alley… or tunnel.

“Did this game slow down Faeria’s development?!”

Not at all. This was all happening right in the middle of our recent major content releases this year. Our development team is large enough to support a small project like this on the side and not have it impact us otherwise.

Some tunnels are out there, and they’re waiting for you to dash through them if you want.

And please, if you could, leave a review and some feedback after you play. That helps us a lot, thanks!

Currently, there are 10 Worlds consisting of many Tunnels each.

Completing each Tunnel awards a certain amount of stars. Earn enough stars in a World to unlock the unique Survival and Challenge modes for that World.

Energy: Use this to enter Tunnels. If you run out of Energy, it regenerates over time. You can also watch an advertisement to gain more Energy.

Tunnel gems: Pick these things up. Can be used to buy new ships (skins).

Fancy gems: These are more valuable. You can buy these if you’re too lazy to get the Tunnel Gems, or earn them in Challenge or Survival mode.

Power ups: Glowing balls in the tunnels. Pick them up, and you’ll gain a beneficial effect. 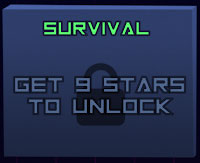 Survival: Survival tunnels are infinite. The speed increases over time and the obstacles get closer to each other. You can earn Fancy Gems by improving your previous score. 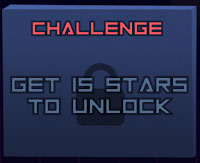 Challenge: Some challenges are very high speed, have faster obstacles, or turn in a steeper curve. You can’t revive in Challenge levels, and can earn Fancy Gems by doing well.

"What happens when you die?"

You will die a lot if you are not a true Tunnel Master. Once you die, you can spend an Energy to restart from the beginning or watch a magical Tunnel Advertisement to continue where you left off, if you want.

"Does this have anything to do with Faeria?"

No. Maybe it’s a dream? Maybe it’s the afterlife? The only thing that is certain is that it exists, and we made it.

Faeria is part of the Steam Winter Sale!

This concludes the qualification phase for the Seifer Seasonal Cup!

The top 32 players will be invited to a $2500 Seasonal Cup which will take place January 5th, 2019, live on FaeriaTV. Make sure to follow it now so you don’t forget! 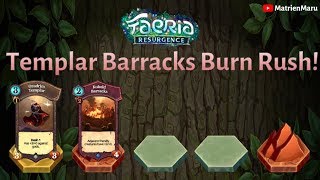 Matrien tests two underplayed cards and sees how it goes! 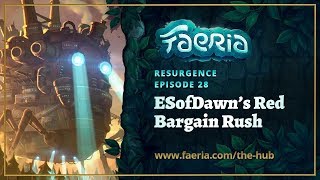