We’re interested in seeing the moments in Faeria you find to be the most interesting, exciting, or otherwise noteworthy.

Whether in Constructed play or Pandora, please use this thread to share with us these experiences. We may share some of the best ones over social media channels or otherwise, with your name on it!

Here’s an example to get everyone started: Note that you don’t need to add anything at all to the screenshot (and shouldn’t!). We’ll take care of that. Just post your screenshot and give it a brief description if you feel it’s necessary.

Posting in this thread implies permission for us to use it - Thank you! Headache Dilemna : Groundshaker + flameburst next turn or Firestorm now ? 1minute is too short ^^ Lets Tripple-meteor my opponent and kill my Tarum, to make sure he can’t play anything anymore!! When you get Bone Collector from your Ruunin’s Presence and your opponent gets two Garudans from Magda and you still win. When you topdeck famine and it gives you a lethal. When you manage to counterattack with a big Primeval Colossus. A Battle Rager buff deck vs a ranged deck. My opponent had no hard removal, so he had no way of killing the Battle Rager without also destroying his orb. I outbuffed my opponent’s Apexes by using copies I got from Three Wishes. I won a match from an empty board within two turns, using a 20/20 Apex buffed by my opponent’s creature. I sacrificed my creatures to a Voice of Hunger, so they wouldn’t get killed by a Seifer.

my first screenshot ever (4 months ago when I started) Testing a new super greedy deck led to some interesting results. And yes, I did end with the Ostregoth 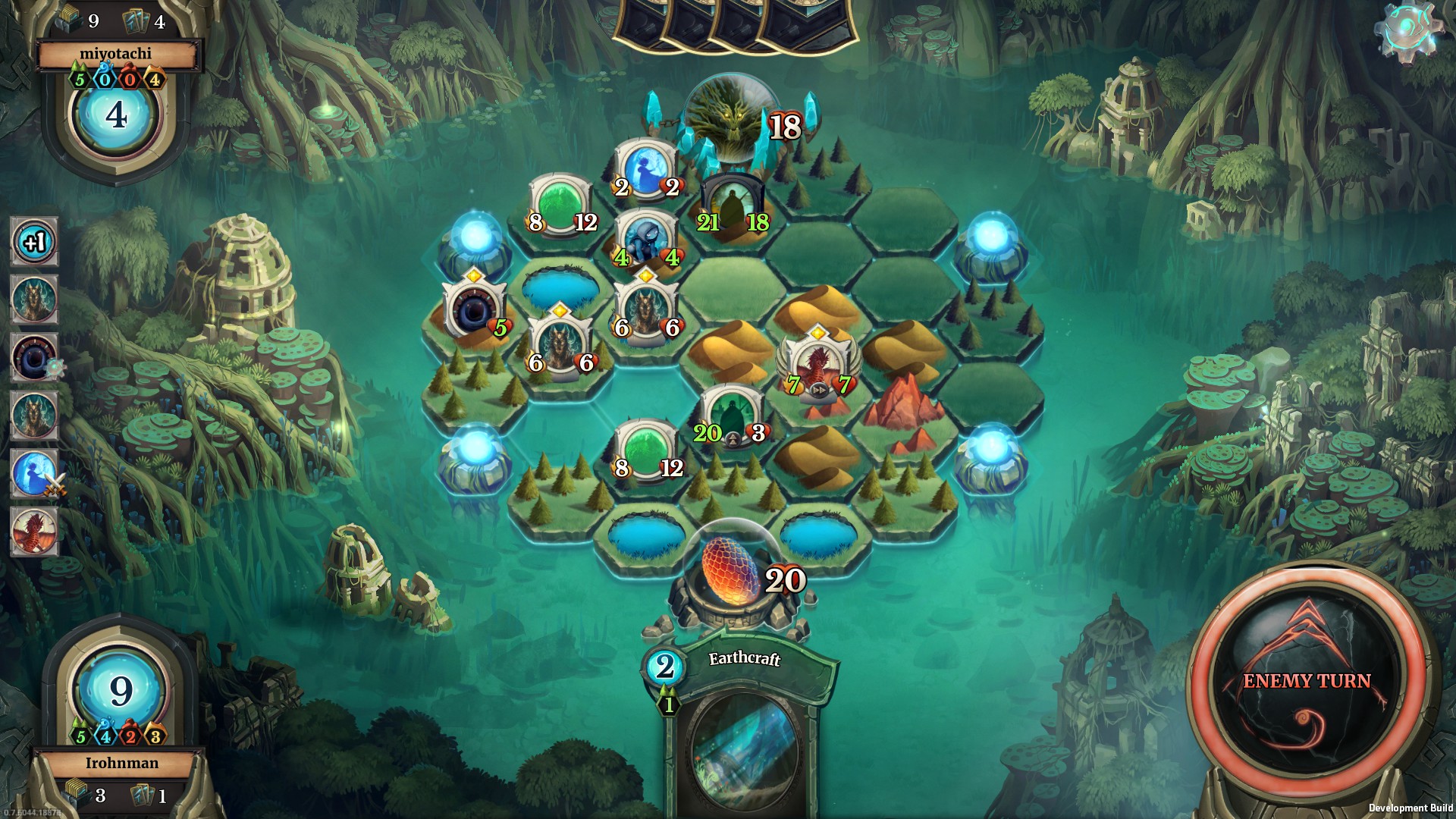 Favorite Screenshot, my turn lethal vs Kingdanzz in a super close game: But, of course, Orosei was far too tempting. We’ll try and make a weekly social media post using these. We’ve got quite a lot of material to work with already. You guys are great.

for the little story i did the wrong choice (didn’t see he has no cards left , now i pay attention to that ^^) and chose firestorm under time out pressure. I lost that game a few turns later.

Next time, bring the garlic! Enemy got a “little” too greedy with his Structure plays, and got blocked off from being able to jump onto my land. Wild Growth for the final blow with my Seedling. I transformed a Stormspawn into a Krog using Unbound Evolution, killed a vampire with the Krog and the cost reduction hit the exact card that allowed me to win the match. I got a great hand to use for the Oakling + Feed the Forest combo. Got my first 12-win run in pandora today, this being the last win iirc. And with a deck I thought crap, because of a bad draft as well. Turned out it couldn’t have been that bad in the end.

It’s a bit disappointing you only get a random mythic epic, not a mythic legendary for the maximum number of wins, though.