Results: The Yaks have spoken!

The first Caption Contest has come to an end, and my oh my were the Yaks speaking through us. There were just over 60 different and unique entries as a caption to this picture. So let me be the first to say, it is hard to choose winners!

Let’s quick talk about that: How did we judge?

Three judges: Akagisha, Atmaz, and J0k3se
Method: Each judge secretly picks their favorite top five. When all judges have picked, they reveal to each other their choices. The picks that are shared among the judges are the winners! Plus some discussion. If there aren’t enough shared captions, then I (Akagisha) will pick the final winner.

Without Further Ado, the winners! 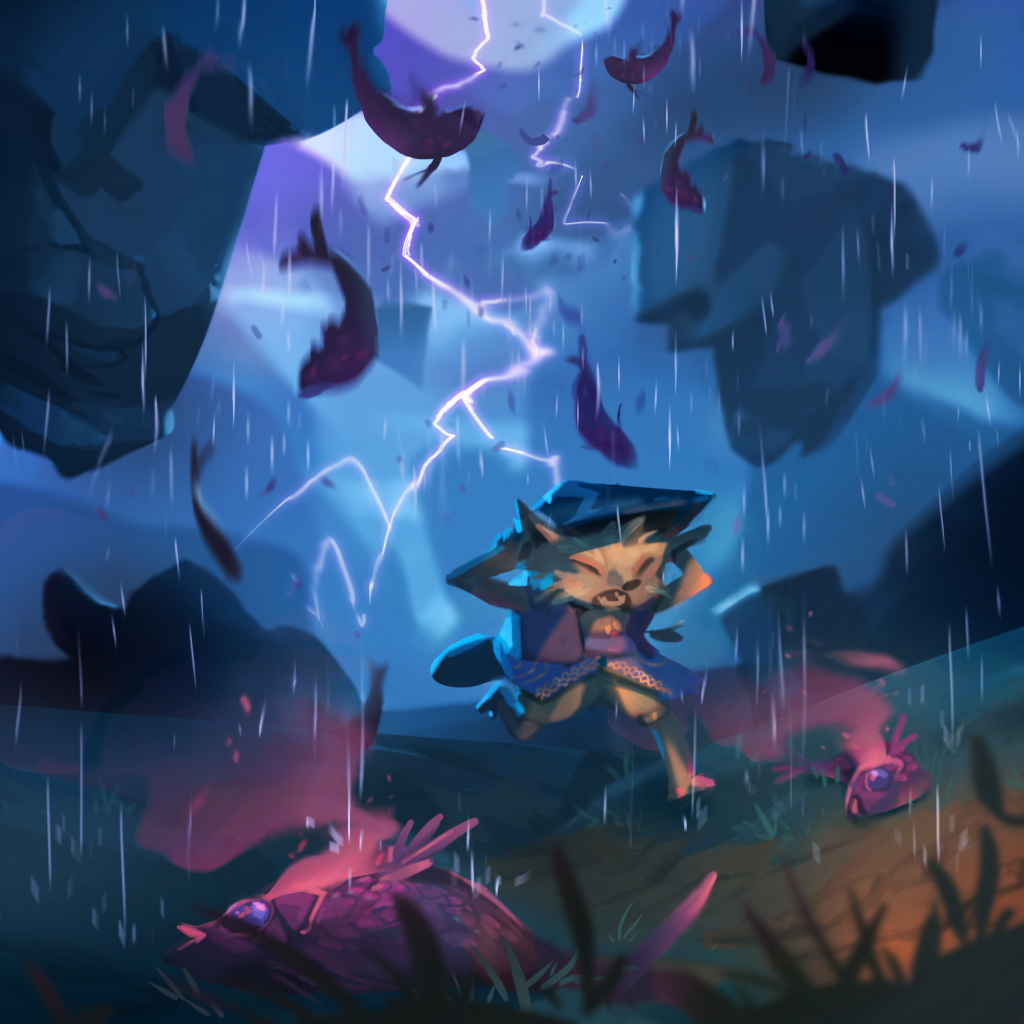 “Give someone a fish and they eat for a day. Make it rain fish, and hunger is the least of their concerns.”

A clever adaptation of the old saying, “Give a man a fish and you feed him for a day; teach a man to fish and you feed him for a lifetime.” nattynasty did an excellent job at making this passage eloquent in words, and conveying the danger of fish falling from the sky in a humorous manner. And on top of that, it shows that in life, even when it seems like one problem has a quick fix, it may turn into a much larger unforseen problem.

A fitting caption that not only captures the weather of where that poor Rakoan is fleeing from for dear life, but also a satirical critique on a real issue that is well known to us all–climate change–that even with all the evidence out there, people will still disbelieve. Perhaps this is in dicussion among the creatures in the world of Faeria, as well.

"Little Moowee was not waiting to see if the fishes would be followed by sky yaks. "

Another caption that showcases the dangers of falling fish with the added touch of Faeria lore: The Sky Yaks. Well-crafted, it mixes humor with the potential escalating danger; if you thought fish were dangerous, wait until you see the sky yaks! And to top it all off, the cutest name for a Rakoan, Moowee. Seriously, I hope the game designers make a card named after this little guy.

Congrats to the winners, nattynasty, Mindvenom, and mittenz, and fantastic captions! The Yaks are pleased.

These three were our top picks, but that isn’t to say that there weren’t other fantastic quotes. Again, it was difficult to sift through and pick the ones we really liked! Interestingly enough, it was clear to see different categories of captions arise, which I filtered as:

Here are some honorable mentions from these categories, in no particular order. They also were just too darn fun for me to leave out.

“I knew I shouldn’t have wished Baeru for drink AND food at the same time.”

“Thanks Rapala… Wont be fishing with a Dark Crystal again!”

“That’s the last time I order my food with oversky delivery! Even the Yakapult worked better!”

“I’ve heard of it raining cats and dogs… but fish?!”

“When they say be careful what you wish for, you still don’t expect a thunderstorm of exploding magical fish.”

“Did you hear about the animal who knew the weather a year in advance? They called him Alman-yak. Bazinga.”

“They say it’s raining fish, but I don’t believe what I’m herring.”

“Dynamite fishing was a mistake”

“Life isn’t about waiting for the storm to pass. It’s about learning how to RUN in the fishy-rain.”

“Note to the amateur meteorologist: Do not attempt to study the cumulopisces without a sturdy roof overhead.”

"And with the rumbling of thunder it was decided: “Fish do not belong to the sky! Begone!”

I had so much fun reading with what you all came up with, and thank you all to making the first Caption Contest a success! Thank you to my fellow judges who are willing to take the time, Atmaz and J0k3se! And thank you to Abrakam for providing the in-game prizes. And again, thank you to the community members of Faeria. You all really are a creative bunch and really make Faeria a great game to be around in!

Be sure to speak for the yaks again in the next caption contest, If Yaks Could Talk.