Thanks to your efforts, the final Adventure Pouch: Oversky reveal is upon us. It involves nothing short of the entire world.

You did it. The War Effort is over.

The completed riddle for Reveal 3 is:

“I live westward of a battleground. Soon my size will be profound.”

This one is a little tricky. We’ve seen some pretty good guesses as to what this might mean, but we’ll now tell you how close you were.

“The Battleground” described in this case is in fact Battle mode, where you pit your decks in multiplayer against other gods in battlegrounds across the world of Faeria. Hmmm, what could be westward of that? 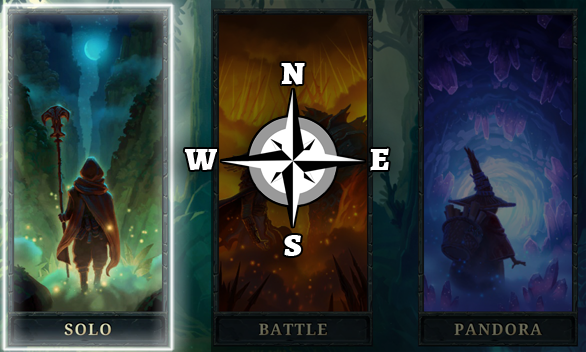 Solo mode. It then follows that Solo mode’s size will be made profound.

What does that mean, exactly?

Currently Solo mode is limited to a selection of quest packs, after which completing them leaves the player with three empty lanes. We’ve heard the increasing demand for more single player content, and so have developed the concept of World Bosses. 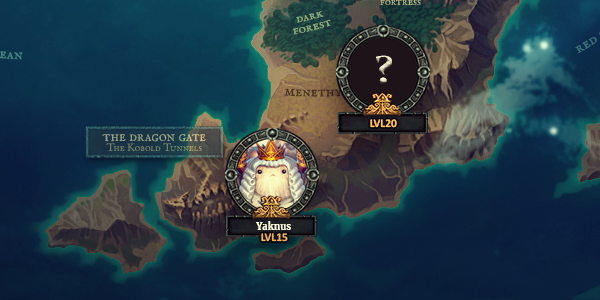 (Click the above image for the expanded full map)

World Bosses will be an entirely new feature that is locked according to a player’s level. Once you reach the required level for a boss, you unlock a new battle and the associated rewards inside. For example, as you see in the image above, once a player reaches level 15 they will be eligible to do battle against the fuzzy yet formidable Yaknus.

We’ll also be introducing a new Orb of Champions that ties directly into World Boss content.

You will be able to collect the orb in 4 individual pieces: The base orb itself, and three mystical gems. You’ll be able to earn these pieces by progressing through World Boss content.

When will World Bosses become available?

Due to the demand for more single player content, we currently plan on releasing the new World Bosses near the end of May or early June. Yes, this means it will make its way into Faeria before the Adventure Pouch is released!

##Mythic Chests are now in every Adventure Pouch: Oversky

In addition to all of this, we’re increasing the value of every single Adventure Pouch: Oversky by adding a Mythic Chest inside!

Of course, if you’ve already purchased one, it will be added on top of everything you are already receiving.

In addition, we would also like to announce that at the end of the Adventure Pouch: Oversky preorder period, everyone who participated to the War Efforts (basically everyone who played since March 15th, regardless of whether they own the Adventure Pouch: Oversky or not) will receive a free Mythic Chest. We have extremely proud of what our community has achieved through this and this is our additional way of saying thank-you!

##Adventure Pouch: Oversky’s Pre-Order extended to end of May

We’ve had a number of requests from the community to extend the pre-order date closer to when the Adventure Pouch: Oversky will become available this summer.

We are now very happy to announce that we will be extending the closing date of the preorder from May 9th to Wednesday, May 31st.

The Collector Pouch, which has limited availability, will be increased in quantity from 500 to 1,000. With over 450 new homes already claimed for our adoptable young yaklings, we want to be able to support more of your demand. Get them while you can!

New cosmetic bundle are now available in the shop rotation:

I have a few questions.

Do we have to purchase the missions like the mission packs in Solo Mode?
Or are they free?

And do we have to have the Adventure Pouch to be eligible to play Wolrd Bosses?

I love the look of the map (anything that helps flesh out the world improves my enjoyment of the game) – I hope we see a nice resolution version of the background map without the boss icons somewhere, either in-game as an info screen (with highlightable details perhaps) or as an large image on the website.

Will we get any more information about the co-op campaigns and battles? Feels like they are the centre piece of the expansion but still don’t know how they actually work.

we want to see the new cards

New cards will be rewarded by completing the co-op content in oversky.

I am really excited for the world boss fights. Some fresh new solo content for casual players like me.

I really apreciate the effort you put into the game. Thank you for that

I think they should make spoilers of the cards. Question:

World Bosses is the new “expansion” or just a game mode for solo?

World bosses are just part of the new content that oversky is bringing. It will be an addition to the mission and puzzles in the solo mode. There will still be multiplayer content, and new cards that will also come with Oversky.

Do we have to purchase the missions like the mission packs in Solo Mode?Or are they free?

And do we have to have the Adventure Pouch to be eligible to play Wolrd Bosses?