The first two islands of the Oversky are here! 10 new cards are available right now for you to explore!

The Adventure Pouch is open, and the first islands of the Oversky have arrived!

The Explorer’s Glade is free for everyone!

Fugoro has been kidnapped. Quest with Sharra to rescue him and discover the first co-op campaign missions in the Oversky. The release of this island comes along with three brand new cards for everyone to use, along with Goki - Fugoro’s helpful mining cousin. Goki is a card designed specifically for co-op missions that can add treasures only to your ally’s hand!

For this free island, you will need to complete four missions to unlock the cards within. 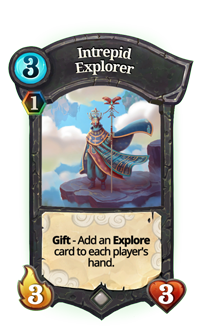 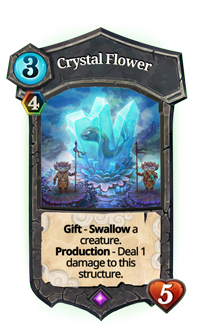 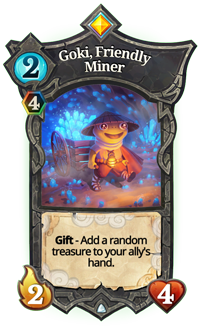 Win the loyalty of the Oversky’s greatest shaman, Ulani, by completing a series of difficult trials. This island contains 7 new Oversky cards and a unique ally to help you on future co-op adventures. 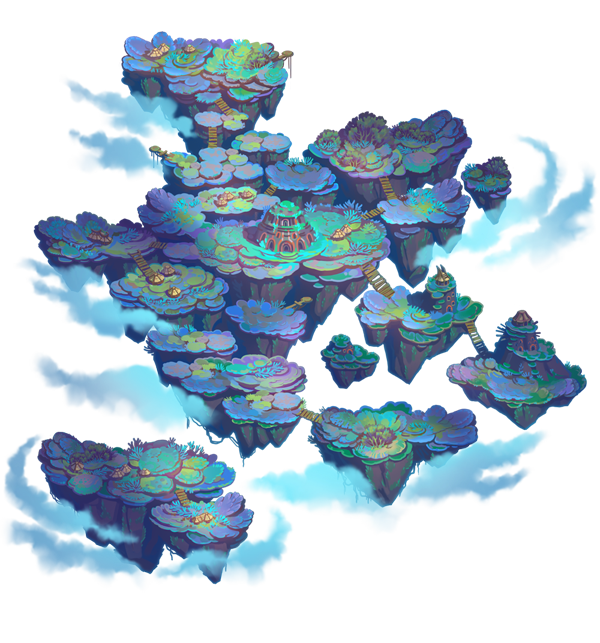 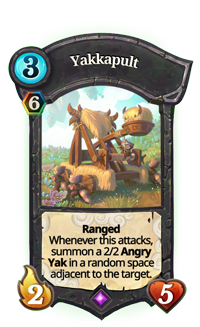 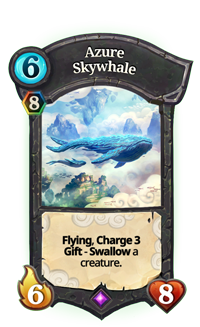 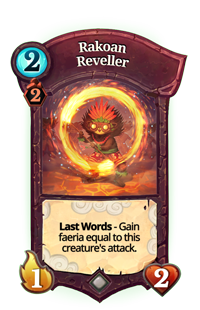 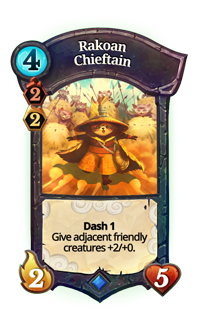 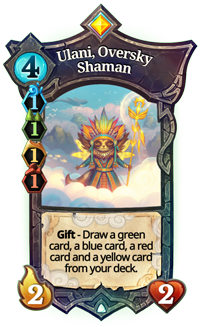 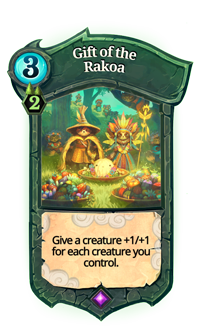 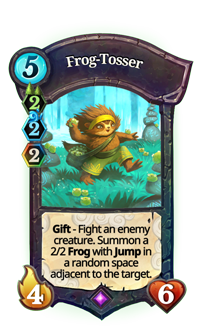 We’d like to make note that Azure Skywhale has indeed changed since its reveal along with the Swallow mechanic a few weeks ago. It is now a 6/8 and no longer gains life when swallowing. It’s still quite the beast!

Two previously unrevealed cards are included in this set:

Questions about the Adventure Pouch or the Oversky?

The next Oversky island, Wisplight Falls, releases next Tuesday, along with 7 more cards! See you then.

1 Are the new cards only usable in the Oversky realm?
2 Is there any way to see which Oversky cards I have in my collection?
3 The Adventure Pouch rewards include both “day” and “night” Oversky shores. Does it mean that there are plans to make backgrounds selectable in the future (i.e players being able to choose which one they wish to use)?

Goki is bugged, at least the Mythic version. When you play him, you (not your ally (!)) get the treasure… in the shape of a huge white blank card.
I do not know if the standard version.

I dont believe there is, other than manually searching for them. The collection manager could use a little upgrade.

I found the cards now - they are in the Neutral category. Which makes sense, but I feel like the Wild and Rainbow cards need a category of their own (something like “multi-colour”), as it took me some time to find them… Thanks for the reply!

I have a request.
Please make the mythic Oversky cards disenchantable (or hide them in the “collection” screen as a default)
I want to keep the screen simple and clean. I don’t want the same cards listed twice.