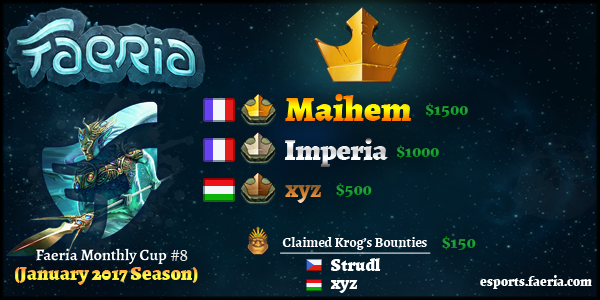 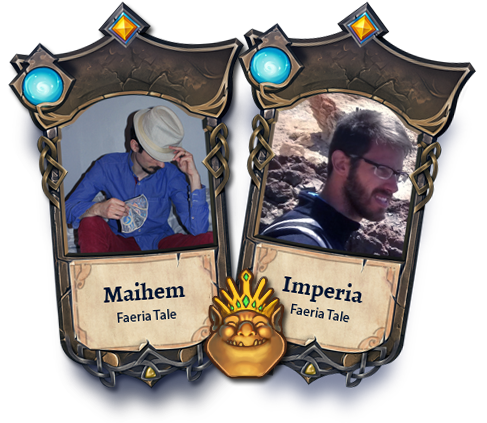 Krog has placed new bounties on Maihem and Imperia.

The Monthly Cup is taking a hiatus in February. 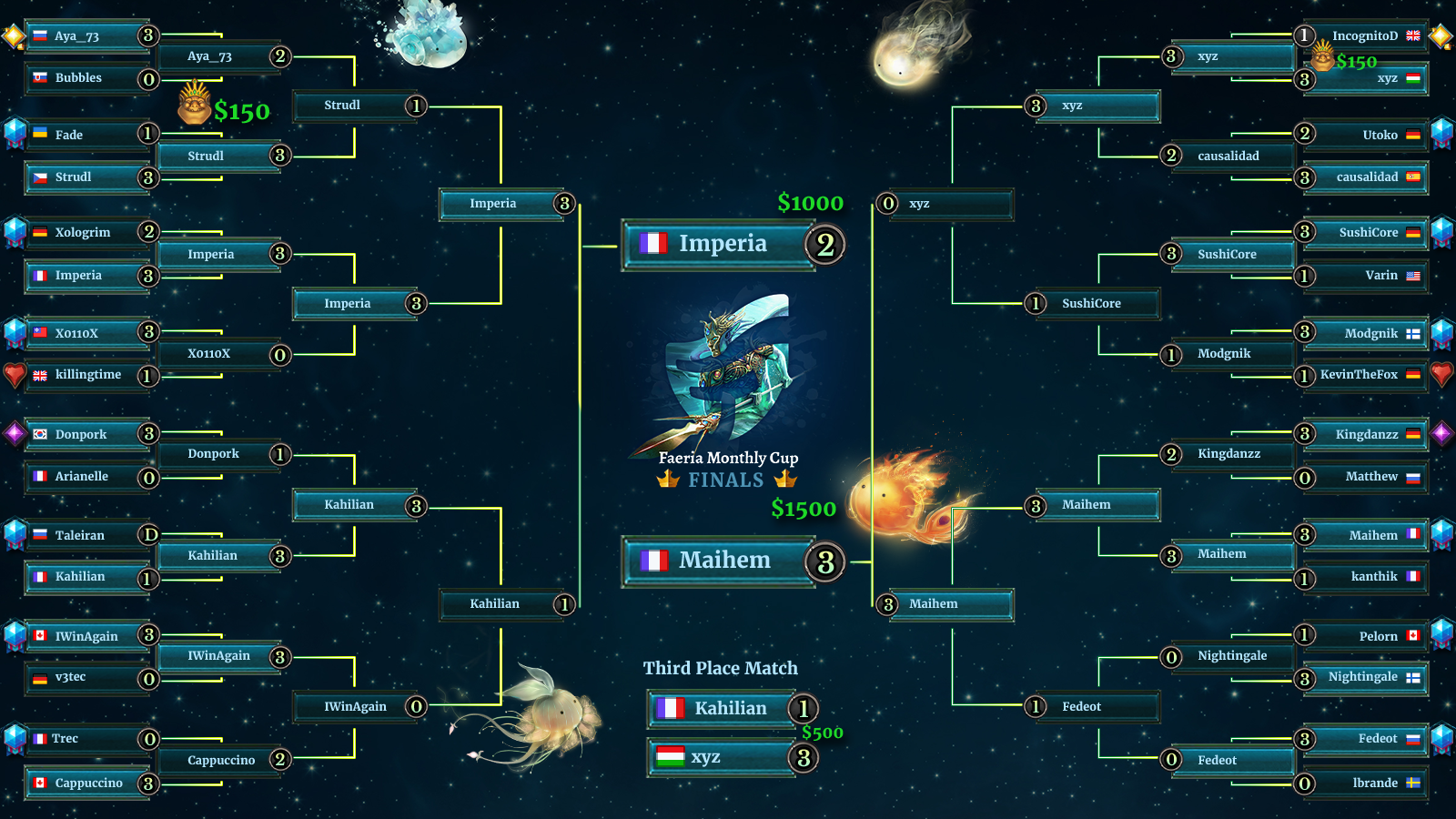 The Monthly Cup itself will take place after the next season reset on the first Monday of April, placing it on Saturday, April 8th.