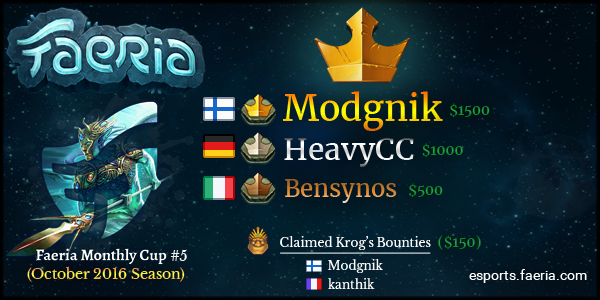 In a Team Equilibrium finals, Modgnik wins his first Monthly Cup for Finland! Having previously placed second in the third Monthly Cup, he’s proving to be a consistent top finisher in competitive Faeria. 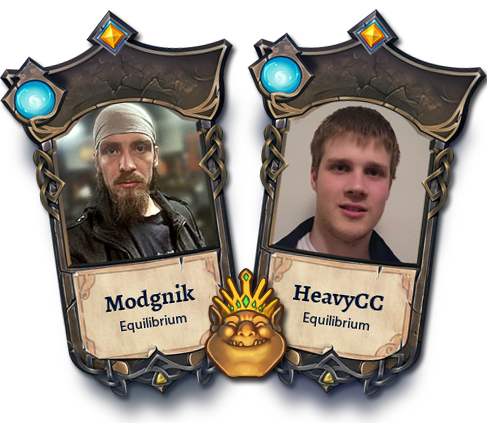 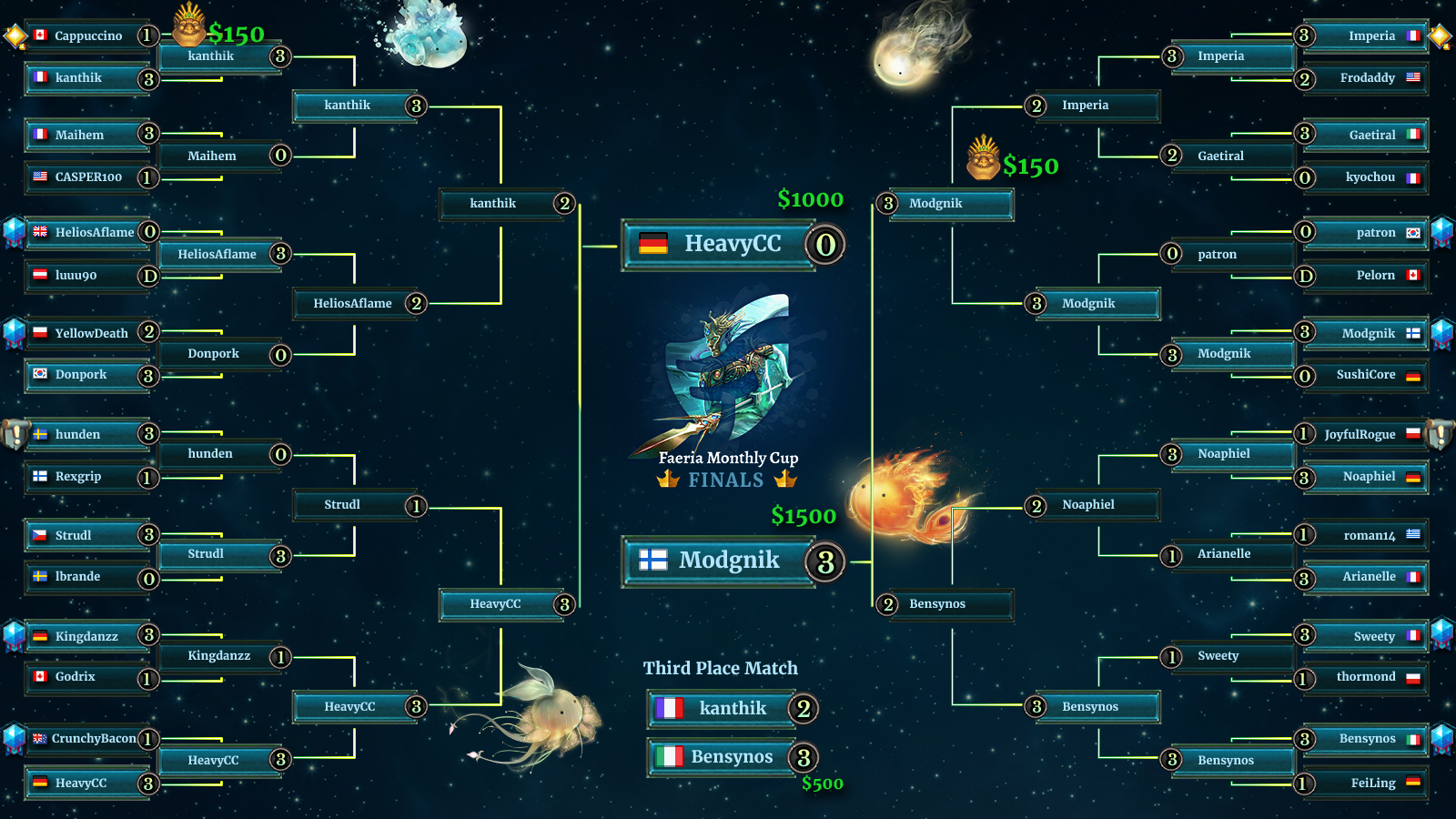 Skorch13 has also written a highly detailed recap of the entire tournament which you can find here.

The Monthly Cup itself will take place after the next season reset on the first Monday of next month, placing it on Saturday, December 10th.

Sick job by @skorch13 writing that down!
This type of recap deserves to be posted on Faeria Friday (not just a link)!

I am so happy for my good morning-mate Modgnik and also for HeavyCC!
Was really tense!

Thank you again for a great monthly cup, great job casters and organizers!