Pandora not for noobs?

I’m pretty new to the game. Only level 7 and only played the tutorial a bit. I got a quest to do a practice Pandora match and got slaughtered every time. I really don’t know WTH I’m doing. I play cards thinking they will do one thing and they don’t work as expected…contributing to my slaughter.

I get the impression that Pandora isn’t for players still learning the game? If so, why even give quests for it? Maybe I just suck more than most at this stage of the game or something but that was pretty frustrating and that was just “practice”?

Also, I think I built a terrible deck but it gives no real pointers/strategy on how to build a deck. Should the cards all be low Feara cost so you can play more “aggro” style like Hearthstone? Should you stick to a single color? I really have no idea.

the practice puts you up against other players so its probably be best for you to start with the solo quests so you can get a feel for the cards. I find that land placement is somtheing that new players need to focus on a bit more. I also find two colours to be a good sweet spot.

if you any more help feel free to ask or add me.

For tips and strategy, you should check out Luuu’s video:

Other than that, you can check out this guide from Aquablad here: 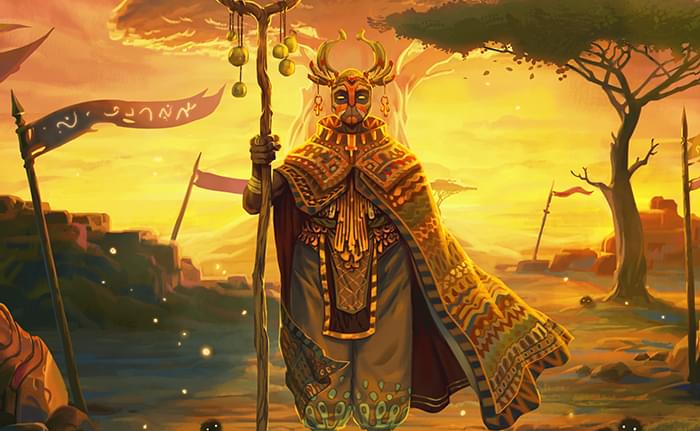 There’s even a video (actually 2 videos, part 1 and part 2) about drafting at the end of the post.

This video is great at explaining the draft.

Try to stick to one colour, two colour at most because the land requirement can be difficult to meet.

Faeria channel on youtube has a lot of great guides explaining different creatures and decks for beginners.

I would stick with solo quest and practice just to experiment and learn how all the abilties and effects work before doing pandora. No harm in doing practice pandora but I guess losing is no fun.

Pandora is a competitive mode, so yes, you will have higher losses if you don’t yet fully understand the game.

One thing I’d love to see in future is being able to put cards from the crafting screen into a deck, which can only be used in Practice mode until you actually craft or collect the cards.

This way, players without a full collection could experiment without a disadvantage and maybe be more confident in designing decks to work toward collecting or crafting.

I think that would solve a lot of these new player complaints and also just be a big improvement in general.

Thanks for the replies all. I’ll check out some of the videos. I normally wouldn’t have even tried Pandora but I had a quest to complete for it so I assumed the quest system was designed in a way to give level appropriate quests.

Is that the case or is it completely random and I should just ignore those quests until I can get better and get more cards? Is there a way to re-roll quests so they aren’t taking up a quest spot? HS allows 1 quest re-roll per day but I didn’t notice a similar option in the interface here.

That’s a tutorial quest designed to introduce you to the game mode, which you may or may not be ready for at that point.

There are random daily quests which can be re-rolled, but that isn’t one of them.

Ok. That’s sort of what I figured but wasn’t sure. Does seem a bit odd for the game to prod you into a game mode that will likely be a frustrating or bad experience but that is really the only complaint I have so far. Rest of the tutorial style quests/puzzles have been pretty good.

yeah pandora is not for noobs. you need to know what cards are good to draft a deck. it requires drafting, win streak, and long-term gameplanning (based on pandora opening). not only that, you prolly won’t even break even as a new player lol

id say ranked is easier to get into (less rules than pandora), pandora is harder for new players and much easier for experienced players.

IMO a normal draft mode would be the best for new players (dont have cards for ranked),but we dont have that