Pandora single player?! Yes, you read that right, we are adding a completely new option to play Pandora against AI opponents for those of you who would prefer a more casual approach without the inherent stress of PvP. 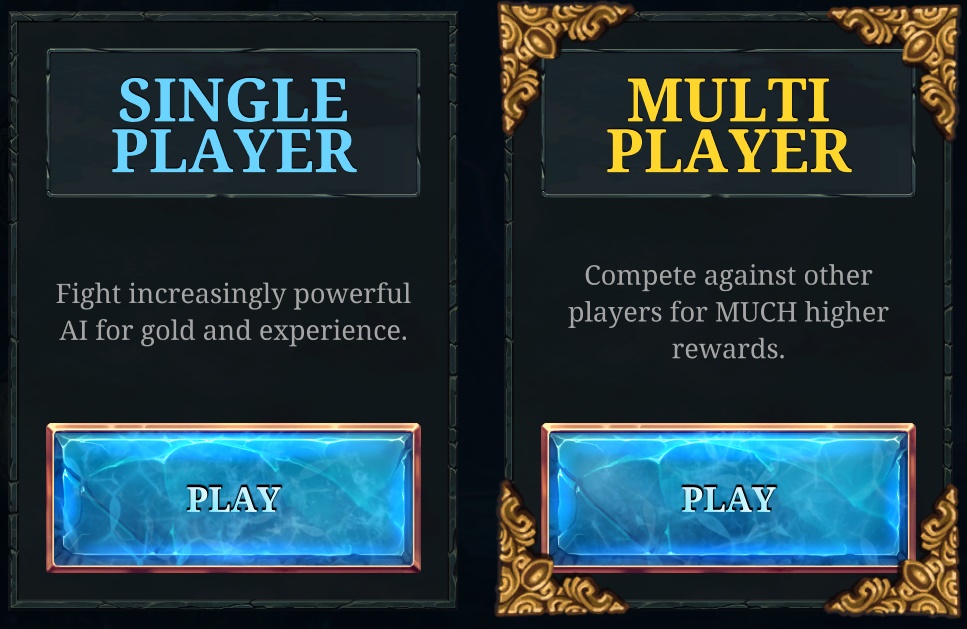 How does it work?

Single Player runs have a reduced set of rewards compared to Multi Player, due to the inherently lower difficulty. This solo mode is intended to provide a way for non-competitive players to enjoy Pandora and increase their collection without facing competitive opponents. Performing well should be worth the time investment compared to just buying packs outright.

Due to a bug, Pandora PvP games that were started prior to the update will be finished in PvE mode.
Therefore, your rewards will have been reduced.

To those affected, we are sending:

In addition to this, Pandora Single player is not currently awarding experience per game as intended, This will be fixed tomorrow.

As we’ve mentioned previously, Android support has been one of our major focuses since the release of version 1.0.

With such a large number of community requests that we have received to test it, we are happy to make Faeria available later in the day through the Play Store’s Early Access feature. The current Android version of Faeria will be available for Tablets with Android 6+ (Marshmallow). We are looking at expanding this as we go and we are looking forward to your feedback.

During a purchase, the Google Play Store window will pop-up. If the player isn’t fast enough, they will be disconnected from the server but the purchase will be completed. They will receive what was purchased as soon as they start the app again.

Faeria is already available in 7 languages including English, French, German, Portuguese, Italian, Russian and Spanish. In today’s update, we are also bringing Faeria to more languages:

With these additions, we are now supporting a total of 10 languages with more to come!

While we’re at it, we wanted to give everyone a follow-up on what we’ve fixed since last Saturday’s Monthly Cup regarding the free stream reward issues that some users experienced.

We’ve sent everyone who was affected an email explaining all of this. In addition, to ensure everyone had a chance to hatch their eggs in time, we will be activating a special hatching event this coming Thursday, where your current Egg will be hatching. Sorry for any trouble!

Also, we’ll be increasing the expiration date of existing Egg coupon from long ago some time this week before that hatching event.

One last thing we’d like to note is that if you ever change your Twitch username, you will need to unbind your account on The Hub, then rebind it - otherwise your account will not be properly linked.

Is the Android version for x86 CPUs only?
I have two tablets - Lenovo Yoga (Intel Atom ) and Samsung-T585 (Exynos - ARM v.7). The Samsung tablet IS NOT SUPPORTED as Play Market says.

Hey David. Are you in Asia? Where? I’m in Korea.

The Samsung tablet IS NOT SUPPORTED as Play Market says.

Is your Samsung tablet running Marshmallow?