This patch introduces some significant new animations and sounds in-game, as well as sets everything up for the holidays. We won’t spoil everything - see for yourself!

The results from the Holiday Costume Contest are in. Originally we said we’d be selecting up to five community submissions, but we just couldn’t make up our mind on a few of them, so we selected six. Ya, we can do that.

The following cards will have a festive twist applied to their art for a limited time:

Special thanks to everyone in the community who contributed a submission. If yours wasn’t selected to be put in game - we still enjoyed looking at every single one. These are a lot of fun, and we hope to do more in the future.

We’ve swapped the Ranked title progression for the two leagues before God in order to be more in line with accepted standards. Ranks 6-10 will now be Platinum league, and 1-5 will be Diamond. 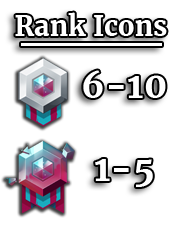 These changes will have no effect on current player ranks and are entirely cosmetic in nature.

This post’s banner was provided by Tikup.

Congrats everyone on the Costume Contest!

Also really enjoying the new art, hoping to get a jump in later tonight or tomorrow to really get into the Holiday Spirit! Happy Holidays everyone! May your trees be filled with Santa Gnats and Gift Slingers!

There is a known issue with rerolling cards in packs where the card you reroll is not displayed correctly. This sometimes can occur after completing one of the new quests that rewards crafting material. It is a display issue only, and you are awarded the rerolled card to your library, you just won’t be able to see what the result was from your rerolling until after this bug is fixed.