Recruit your friends to Faeria and both of you will receive some explosive rewards.

We are very excited to announce the launch of our new Recruit a Friend program! 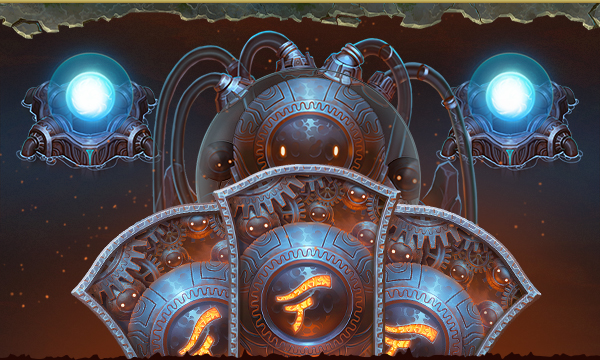 It’s all very simple. Follow the instructions on the website, recruit your friends, and both of you will earn rewards - like the new Bom-R cosmetic set.

Here are some notes about how it works:

In case you missed it, Faeria version 0.9 was released earlier this week.

Shortly after that we had a small set of bug fixes which you can read here.

Today, we have another set of changes and fixes:

We know a lot of you were wondering where the hand size number went in our last update, and the answer is that it was just the first step in transitioning into the new, simpler layout that is more mobile friendly, less overwhelming to new players, and allows players to show off their cosmetics more easily. It makes having a unique card back more special - whereas before you could only see your own card back briefly while drawing or playing it. We know it’s a big change, but we encourage you to try it out for a bit and let us know what you think.

Note: Many have asked where puzzles #38, 40, 34, and 44 are with the latest version. The simple answer is that they were removed due to technical or design issues right before the update, but had their numbers reserved. While we still implemented 15 new puzzles with v0.9, we will be going back to fill those puzzle holes at a later date. Don’t worry, you’re not missing anything!

By far, the most important change with today’s patch is the removal of the insidious “hair” from the ocean in the forest background.

It took the team several hours and a set of draft Yaks to pull it loose from the briny depths, but no longer will some of you attempt to destroy your monitors in efforts to remove what is not there.

Here is the before and after: 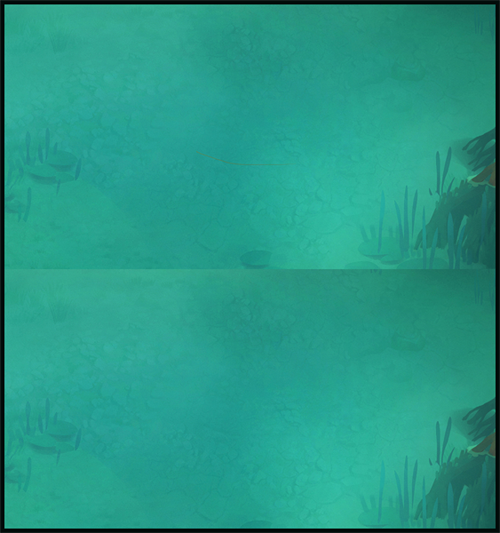 It will be missed.

Eight of the best players from last month’s ESL cups square off against one another this Saturday and compete for $400 in prizes! 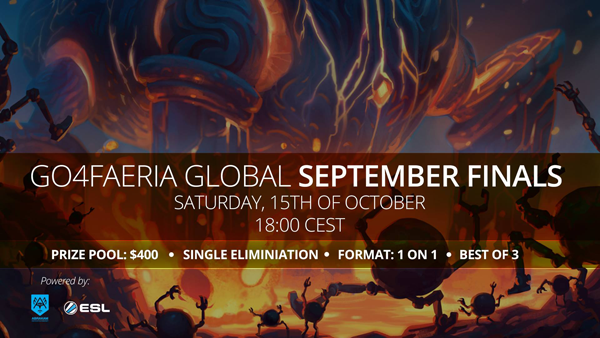 You can watch it all unfold on Blackscape’s Twitch channel at 6pm CEST on Saturday.

Have a great weekend!

While we expected the new UI layout to have a mixed reception, we’ve severely underestimated the impact it would have on our existing players and what they’ve become accustomed to.

We believe we’ve made a mistake in introducing the new UI layout yesterday before it was entirely complete.

The new layout is only the first step toward the end result of what we’d like to achieve. We made the decision to push what we had ready into the latest version, but now realize it may have been a little wiser to wait until the feature was more polished.

When making any design or development decision, we take into consideration both our existing user base and potential future user base. We’re consistently aiming for the cleanest looking and most clutter-free game experience as possible that appeals as wide an audience that is reasonably achievable.

Next week, we’ll be looking into what we can do to improve on our latest layout changes. While we won’t be reverting to the old version, we will be working on finding the best and most elegant solution that satisfies everyone’s expectations and continues to make Faeria better than what it was before.

As always, thank you for your feedback - and we appreciate your patience as we work through this current issue.