The fourth Monthly Cup is over! Here’s a brief recap of the events this weekend. 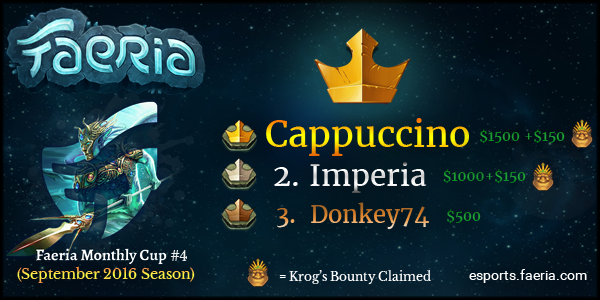 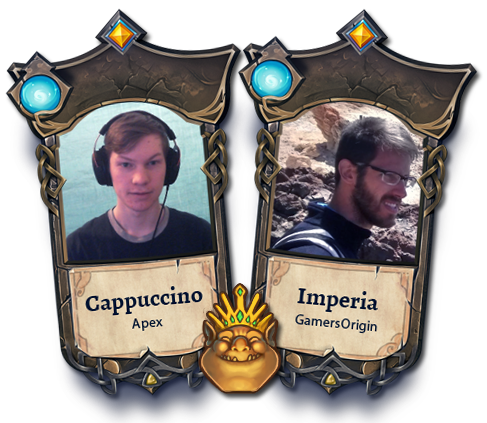 Krog has placed new bounties on Cappuccino and Imperia. They’ll be automatically invited to the next Monthly Cup, taking place Saturday, November 12th. 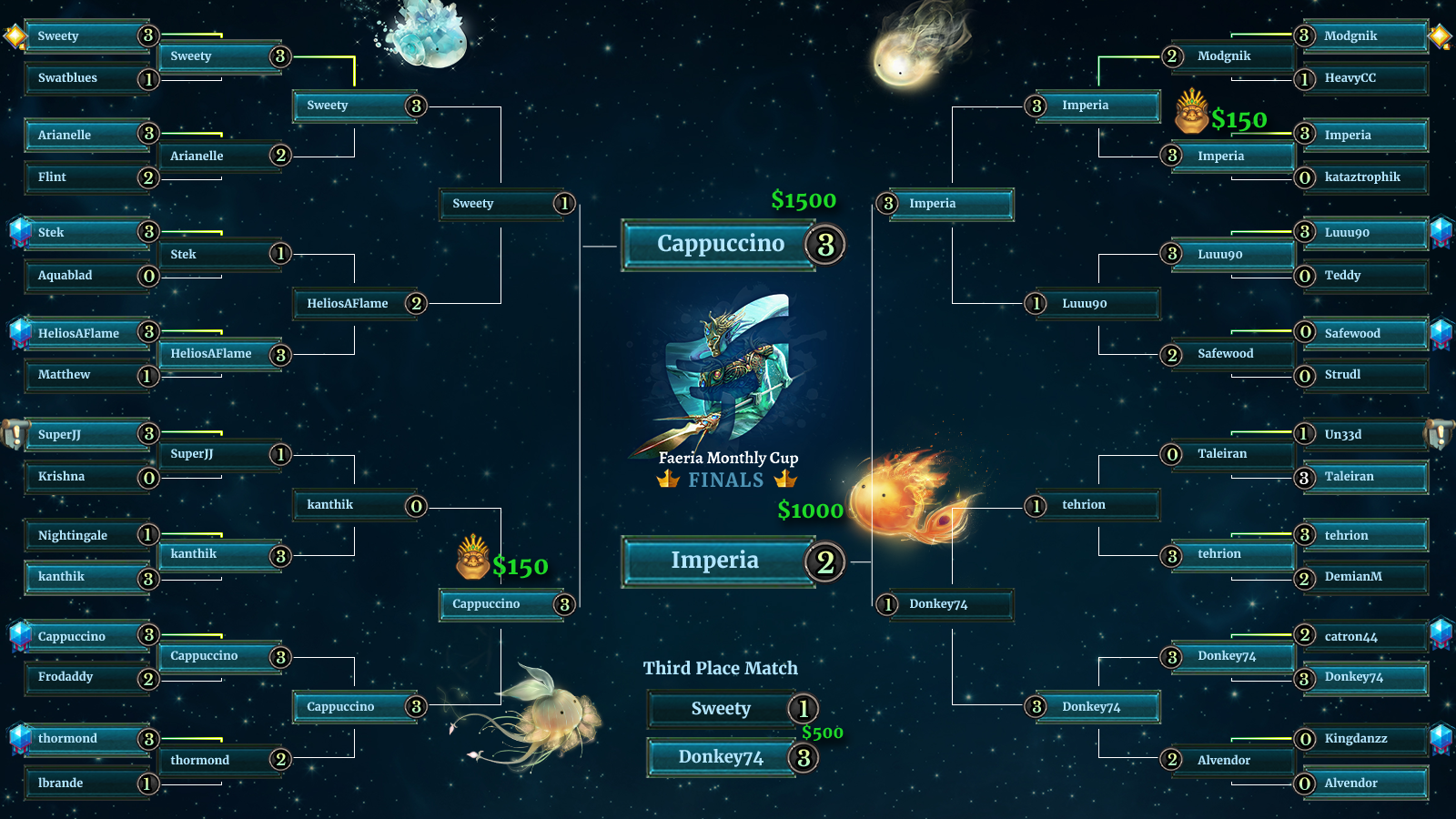 https://esports.faeria.com/ has been prepared for the next cup. We’re working on updating the Hall of Fame and getting the Voting ready once more.

The Monthly Cup itself will take place after the next season reset on the first Monday of next month, which ends up on November 12th.

##Walking on a sea of eggshells

Thousands of eggs were hatched over the weekend, and thousands of prizes went out during the stream. Our numbers show the vast majority of viewers received at least one prize. Note that in some cases it could take awhile for the emails to be sent out, as Eggbot was heavily loaded with prizes to distribute. Regardless, if you followed instructions - you should definitely have received something in your mailbox. Make sure to check your junk folders, many email providers seem to easily confuse eggs with spam for some reason. How naive of them!

With the latest Monthly Cup over, we wanted to give players a heads up that there will be some balance changes wrapped in the large package for the October 12th update. We know there are tournaments coming up this weekend (as there are every weekend), but we’ve decided we need to make them sooner rather than later. The changes are still being finalized and tested, and likely will not be released until Wednesday. Thanks for your patience!