Are you sick of your opponent having cards that aren’t yours?**

Featuring classic blue jump favorites such as:
-t1 explore water ele
-t3 value trade with a 4/4 and a combat trick
-WOULD YOU LIKE SOME TEA
-making sure everyone has a frog - we love to share

Also introduces new exciting ways to play:
-eating anything and everything
-returning to whale meta with more whales than you can count*
-tricking krog into being your friend
-intense tactocs

And now our legally obligated deck guide:
Play a jump guy, collect with jump guy, trade with jump guy if its good (if the jump guy survives, stops collection for the opponent at that side of things, or it just feels really goooood), play 6/6s with jump for 5, play a whale, trick stuff.

Game plan can be adapted to your opponent, has the frogifies to just wait out stuff with just a general 3-big lategame stuffs. Don’t be afraid to pressure if the trades line up, turns out having a pre-aurora’ed frog that can spawn on enemy lands is pretty good for board control.

Note about the frogify - trick combo -
Ideally you hit something with 5 or more health, as otherwise you’re just doing frogtosser but worse, m a n u a l l y. Also it costs 8, so it should be the last thing on board when they’ve spent most of their faeria or something generally like that.

If you want to go more all in on the control gameplan kaios is a good fit. Medallion means you can go pretty extreme kaios, which helps die less to sac.

inspired by my homeboy aqword 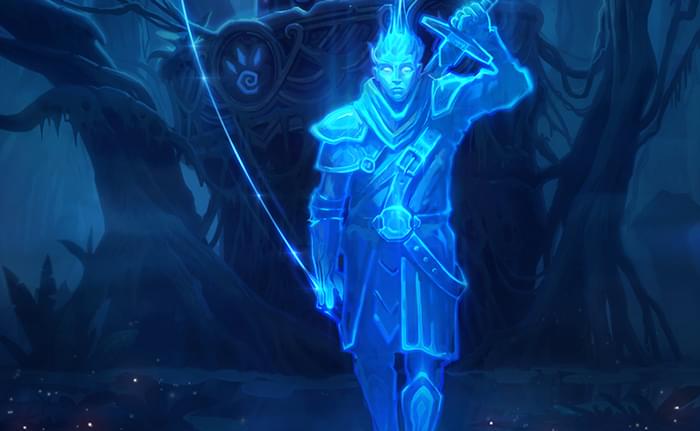 I really like your deckleton because of the intensive tactocial work it requires.
It was a joyfull experience to flabbergast over this lovely brew while scrolling the catalogues.
I can not say I have gotten me hands dirty with this pickled pear yet, but I am eager to dive deeper into this subject of matter.

I want to use this commenting device to express my sincere appreciation of your hard work.
Furthermore I think this would be a horrific gift for my niece as she is quite fond of the froggers. She is a deer and I can only imagine how happy she would be, knowing this craftsmanship in her possesion. What a lovely note to finish my daily readings upon.

With outmost respect and all due to respect where respect is due:

Good to hear back from you sir DuperWizard,

You too might have fallen for my trick! What you see before you is merely a collection of froggos I’ve collected over the years and found very tasty smelling. Certainly worth investigating further if your treasure trove of tactocs remains untricked.

I wish you all the luck with your deer dear niece, just remember you can’t return the froggos. They become rather… attached once you bestow upon them trust.
I hope to see more of your whispers across this hub of activity - for many a night of many a game of many a topdeck your sauce has inspired of mine.
Adieu, TrooperScissors