We’ve had some great showings over the course of the free weekend, hitting over 400 concurrent players at one point! In fact, I made another alternate account while Faeria was in its Free Weekend mode, so yeah, you’re welcome playerbase, that’s another +1.

Make sure to call your friends to join the Krog Faeria party, so we can keep growing even more!

#Updates From GDC
Look at this Faeria rickshaw. It’s splendid.

RIP Sir Yakkington, you will be dearly missed.

And with that, we conclude our Werfs Edition of GDC updates. I’ll leave the actual GDC updates for Atmaz and Matrien next week.

#PAX East
We’ll be having a special Blitz Tournament at the upcoming PAX East convention! The Top 8 players in FWC points will be invited to take part of this online tournament. Check the current rankings here. 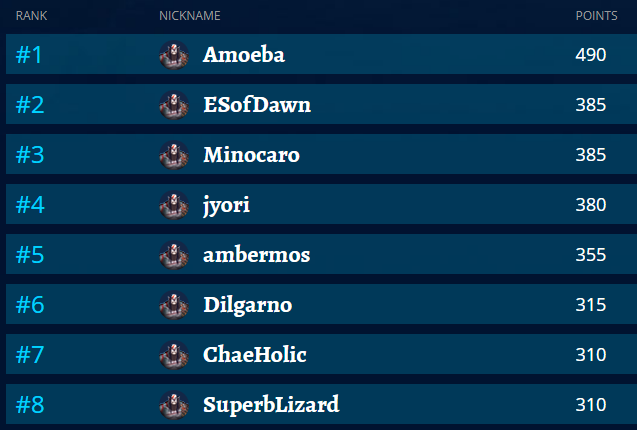 Just a reminder that the PAX East Blitz Tournament will replace Aurora Open #6, meaning there will be no more chances to earn FWC points for the rest of the Aurora 2019 season.

#The Season of Aurora Comes to a Close

Having wrapped up the last Aurora Open of 2019 last weekend, we inch closer and closer towards the Aurora Seasonal Cup, where the Top 32 FWC point players will be invited to battle it out for over $2500 in cash prizes bragging rights and like, some Versus Evil game keys or something, I don’t know.

#Werfs’ Deck Doctor Series
If you guys have been following the Faeria Discord for the past week or two, you’ll know that I’ve been actively seeking out decks for a possible Deck Doctor series! In fact, I’ve already done a few Deck Doctors on stream, but those were more or less “testers” for me to get a feel of what doctoring a deck live on stream feels like.

Starting Saturday, March 23rd, I will be doctoring various lists that have been sent to me in private messages in Discord live on my stream! While I’m still not sure how regular the series will be, I will make sure to finish doctoring one deck per stream session.

#Decks of the Week