Anyone have any suggestion how to effectively play an aggro deck that consists of Green cards? I am a fairly new player and and loves Green decks in general.

This topic has been automatically created through Faeria's The Hub. This content can be found here. Monthly Cup IX Decks The top four of this Monthly Cup were as followed: 1. Arianelle 2. Luuu90 3. Trec 4. IWinAgain You can watch all the matches over on our YouTube channel! Here are all the decks used by the top four players! [image] 1st Place - Arianelle Yellow Events Blue Jump Green Red Crackthorn 2nd Place - Luuu90 Red Combat Control Yellow Tempo Events Blue Jump …

Green Rush was played by the third placed player in the last monthly coup. So it will work in ranked.
You could just watch some replays of said player and see how he sets his lands and how he deals with the enemy

I hope this helps 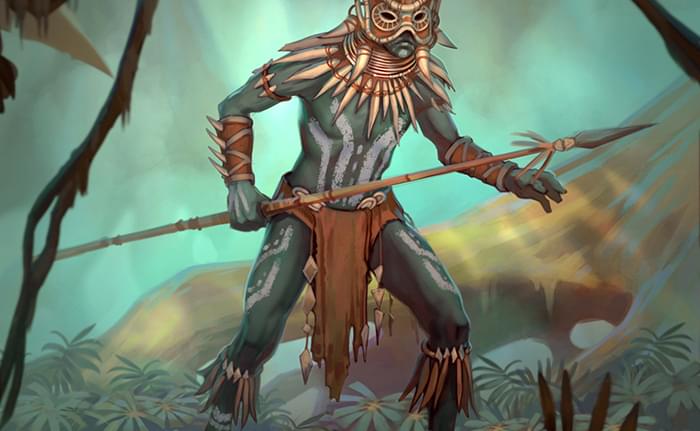 It is the deck i used as opener for the Monthly Cup of March. it helped me to reach the 3rd place.
You often want to go double neutral mid and rush, but in some cases you can go as Green Mid with Explorer Green on a side and a 5 drop during the first turn.

no; windstorm charger kills everything.

I played a version in ranked a month or two ago. From memory it got me to about rank 5, but I had to switch decks to get the last few ranks to God in time. I think my winrate went up about 15% when I switched to Red rush.

if you’re looking for the best deck, it is actually mono-blue with jumpers. (that deck is out-right broken…)

Second-best I think is yellow events with windstorm charger